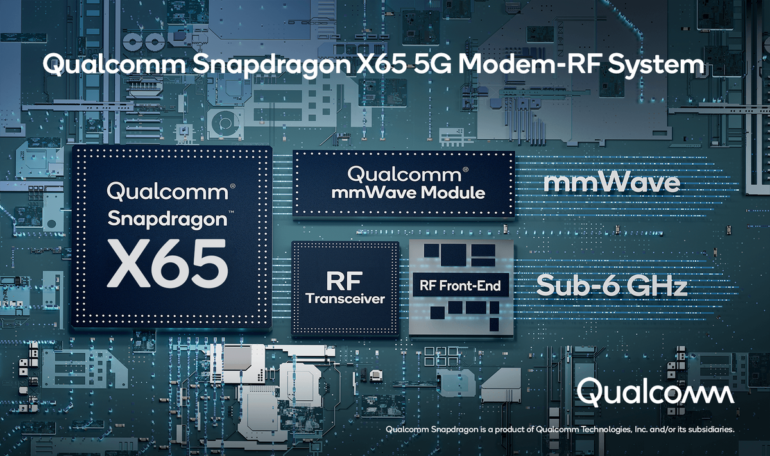 According to Qualcomm, the Snapdragon X65 was created with high-end devices in mind, such as premium smartphones, PCs, industrial Internet of Things, and 5G private networks.

Along with the Snapdragon X65 chip — which provides the 10Gbps download speeds — the modem is kitted with a newly designed RF Front End (RFFE) solution and mmWave antenna module.

The new antenna module, according to Qualcomm, provides the modem with both sub-6GHz and “extended-range 5G” mmWave connectivity to enable users to aggregate sub-6GHz when 5G networks are unavailable.

The antenna module also uses artificial intelligence to increase accuracy in detecting hand grips by 30% compared to the previous generation of modems, the company added.

Unlike its faster Qualcomm counterpart, however, the Snapdragon X62 5G is targeted towards lower-end devices.

Both the Snapdragon X65 and Snapdragon X62 have already been sent to equipment manufacturers and are expected to be used in devices set for launch later this year.

Late last year, Qualcomm launched its latest Snapdragon 888 5G platform, which is expected to come in premium smartphones in 2021.

Qualcomm vice president of product management Ziad Ashar said the Snapdragon 888 is aimed at “always on” use cases with shared memory to move data with better performance per watt.