How math and language can combine to map the globe and create strong passwords, using the power of 3 random words 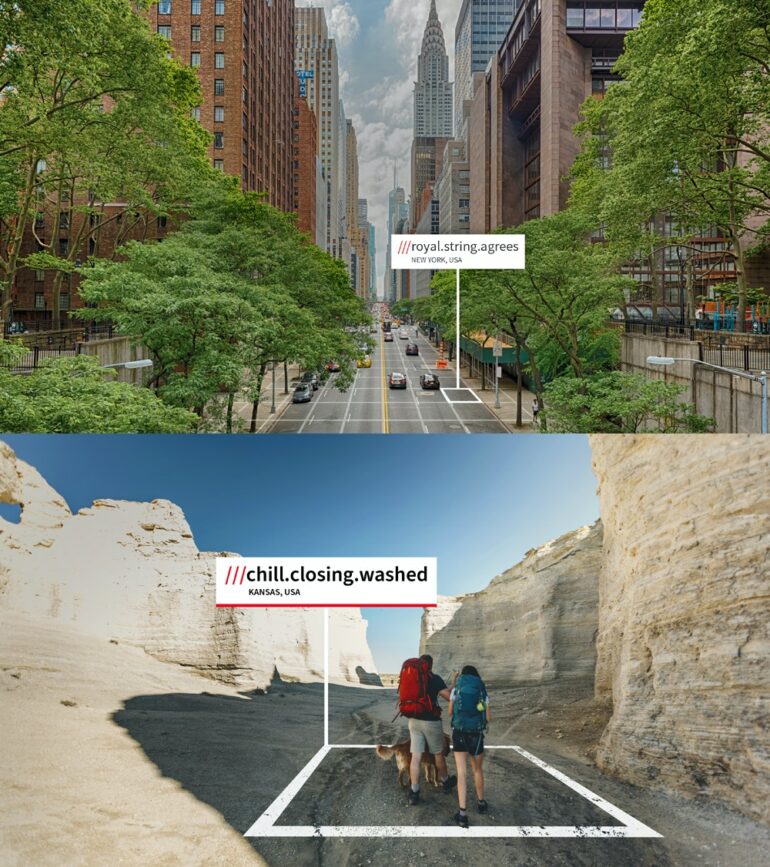 It’s hard to imagine that three random words have the power to both map the globe and keep your private data secure. The secret behind this power is just a little bit of math.

What3words is an app and web-based service that provides a geographic reference for every 3-meter-by-3-meter square on Earth using three random words. If your brain operates more naturally in the English measurement system, 3 meters is about 9.8 feet. So, you could think of them as roughly 10-foot-by-10-foot squares, which is about the size of a small home office or bedroom. For example, there’s a square in the middle of the Rochester Institute of Technology Tigers Turf Field coded to brilliance.bronze.inputs.

This new approach to geocoding is useful for several reasons. First, it’s more precise than regular street addresses. Also, three words are easier for humans to remember and communicate to one another than, say, detailed latitude and longitude measurements. This makes the system well suited for emergency services. Seeing these advantages, some car manufacturers are starting to integrate what3words into their navigation systems.

Here’s how three random words in English or any other language can identify such precise locations across the whole planet. The key concept is ordered triples.

Start with the basic assumption that the Earth is a sphere, recognizing that this is an approximate truth, and that its radius is approximately 3,959 miles (6,371 kilometers). To compute the surface area of the Earth, use the formula 4πr2. With r = 3,959 (6,371), this works out to approximately 197 million square miles (510 million square kilometers). Remember: What3words is using 3-meter-by-3-meter squares, each of which contains 9 square meters of surface area. So, working in the metric system, Earth’s surface area is equivalent to 510 trillion square meters. Dividing 9 into 510 trillion reveals that uniquely identifying each square requires around 57 trillion ordered triples of three random words.

In Apps and WebCybersecurity
on 11 February 20201 min read

The next step is figuring out how many words there are in a language, and whether there are enough ordered triples to map the globe. Some scholars estimate there are more a million English words; however, many of them are very uncommon. But even using only common English words, there are still plenty to go around. You can find many word lists online.

The developers at what3words came up with a list of 40,000 English words. (The…