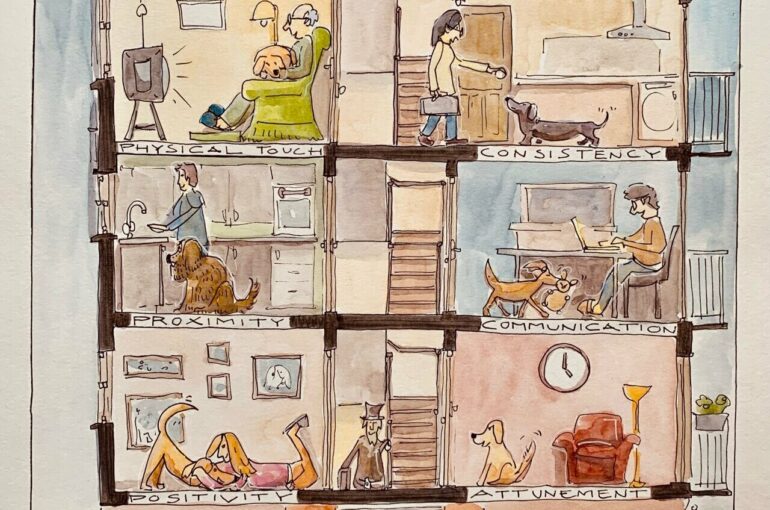 A new study highlights specific dog behaviors that dog owners perceive as important for bonding with their pets. Katie Riddoch of the University of Glasgow, Scotland, and colleagues present these findings in the open-access journal PLOS ONE on September 28.

Robots with social behaviors have been proposed as a potential solution to ease people’s loneliness and the challenges of aging. Given the difficulty of creating robots that behave like humans, and the known benefits of the bond between owners and their dogs, some researchers are exploring the possibility of developing dog-inspired robots that can form similar bonds with humans. However, this endeavor requires a deeper understanding of specific dog behaviors that facilitate human-dog bonds.

To gain deeper insight into human–dog bonds, Riddoch and colleagues conducted a survey study of 153 dog owners. They asked the participants open-ended questions about which dog behaviors they felt were especially important in establishing and maintaining their bond with their dog.

Owners described a wide range of key behaviors, such as nudging the owner with a paw or looking back at the owner on walks, which appeared to facilitate such perceptions as the dog being protective or checking in with the owner. In analyzing the responses, the researchers identified seven core categories of behaviors that owners felt were important: attunement, communication, consistency and predictability, physical affection, positivity and enthusiasm, proximity, and shared activities.

The researchers suggest that incorporating these types of behaviors into robotic systems could aid development of robots that provide the same fulfillment and mental health benefits for people as bonding with a pet dog. The next step, they say, will be to conduct experiments in which people interact with robotic dogs programmed to behave like real dogs.

Meanwhile, other research could further investigate the dog–human bond, such as by exploring variations in preferences for dog behaviors among people with different backgrounds and demographics.

The authors add: “Using a qualitative approach enabled us to gain a deep and nuanced understanding of the things people find so endearing about our canine companions. While it won’t be easy to model most of these behaviors on robots, this work offers new and exciting insights for those working to develop pet-like technologies.”

More information:
Exploring behaviours perceived as important for human—Dog bonding and their translation to a robotic platform, PLoS ONE (2022). DOI: 10.1371/journal.pone.0274353