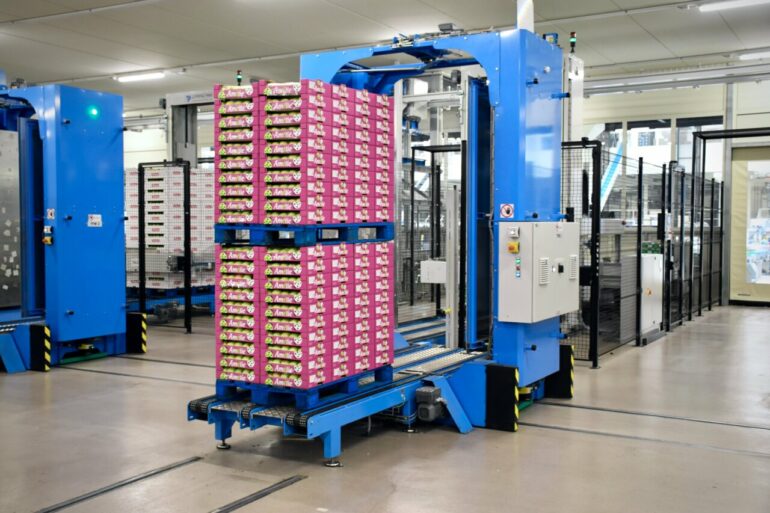 Imagine a team of humans and robots working together to process online orders—real-life workers strategically positioned among their automated coworkers who are moving intelligently back and forth in a warehouse space, picking items for shipping to the customer. This could become a reality sooner than later, thanks to researchers at the University of Missouri, who are working to speed up the online delivery process by developing a software model designed to make “transport” robots smarter.

“The robotic technology already exists,” said Sharan Srinivas, an assistant professor with a joint appointment in the Department of Industrial and Manufacturing Systems Engineering and the Department of Marketing. “Our goal is to best utilize this technology through efficient planning. To do this, we’re asking questions like ‘given a list of items to pick, how do you optimize the route plan for the human pickers and robots?’ or ‘how many items should a robot pick in a given tour?’ or ‘in what order should the items be collected for a given robot tour?’ Likewise, we have a similar set of questions for the human worker. The most challenging part is optimizing the collaboration plan between the human pickers and robots.”

Currently, a lot of human effort and labor costs are involved with fulfilling online orders. To help optimize this process, robotic companies have already developed collaborative robots—also known as cobots or autonomous mobile robots (AMRs)—to work in a warehouse or distribution center. The AMRs are equipped with sensors and cameras to help them navigate around a controlled space like a warehouse. The proposed model will help create faster fulfillment of customer orders by optimizing the key decisions or questions pertaining to collaborative order picking, Srinivas said.

“The robot is intelligent, so if it’s instructed to go to a particular location, it can navigate the warehouse and not hit any workers or other obstacles along the way,” Srinivas said.

Srinivas, who specializes in data analytics and operations research, said AMRs are not designed to replace human workers, but instead can work collaboratively alongside them to help increase the efficiency of the order fulfillment process. For instance, AMRs can help fulfill multiple orders at a time from separate areas of the warehouse quicker than a person, but human workers are still needed to help pick items from shelves and place them onto the robots to be transported to a designated drop-off point inside the warehouse.

“The one drawback is these robots do not have good grasping abilities,” Srinivas said. “But humans are good at grasping items, so we are trying to leverage the strength of both resources—the human workers and the collaborative robots. So, what happens in this case is the humans are at different points in the warehouse, and instead of one worker going through the entire isle to pick up multiple items along the way, the robot will come to the human worker, and the human worker will take an item and put it on the robot. Therefore, the human worker will not have to strain himself or herself in order to move large carts of heavy items throughout the warehouse.”

Srinivas said a future application of their software could also be applied in other locations such as grocery stores, where robots could be used to fill orders while also navigating among members of the general public. He could see this potentially happening within the next three-to-five years.

“Collaborative order picking with multiple pickers and robots: Integrated approach for order batching, sequencing and picker-robot routing” was published in the International Journal of Production Economics. Shitao Yu, a doctoral candidate in the Department of Industrial and Manufacturing Systems Engineering at MU, is a co-author of the study.

Building explainability into the components of machine-learning models

Provided by
University of Missouri