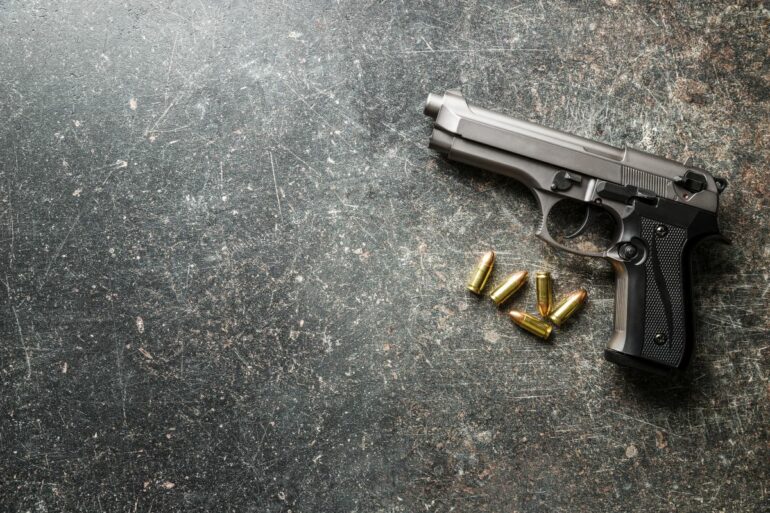 Firearm-related violence and suicides have been on the rise since the start of the COVID-19 pandemic, but a new study published in JAMA Network Open is the first analysis to show both the sheer magnitude of firearm fatalities in the U.S. over the past 32 years and the growing disparities by race/ethnicity, age, and geographic location.

Using multiple data sets from the Centers for Disease Control and Prevention, a team of researchers from Emory University and Boston Children’s Hospital extracted the national number of firearm deaths and firearm fatality rates per 100,000 persons per year from 1990 to 2021 and examined the trends over time. There were 1,110,421 firearm fatalities in the U.S. during this time period. While fatalities began a steady increase in 2005, the upward trajectory has accelerated in recent years with a 20% increase from 2019-2021.

To better understand the contributing factors leading to the staggering number of firearm fatalities since 1990, researchers dissected the numbers further by analyzing trends among specific populations in the U.S. The findings paint a bleak picture of a public health crisis that appears to be hitting certain demographics especially hard.

“In 2021, we have reached the highest number of gun fatalities that have ever occurred in the U.S.,” says Chris A. Rees, MD, MPH, assistant professor of pediatrics and emergency medicine at Emory University School of Medicine and attending physician at Children’s Healthcare of Atlanta. “That alone is cause for concern but when we look deeper into the data, the differences in firearm fatalities by demographic group and by intent (homicide vs. suicide) become more evident.”

To supplement the analysis, the team of researchers created heat maps to visually illustrate the evolving epidemic of firearm violence. This is the first-time multidimensional heat maps have been created to elucidate variations in firearm fatality rates across demographic groups over time. When reviewing the heat maps, one component of the data that becomes clearer is that the rise in firearm fatalities is not being driven just by males.

White non-Hispanic females had increased firearm fatality rates during the time period, mainly associated with increases in suicide, but still significantly lower rates than males. Among Black non-Hispanic females, the rate of fatalities by firearm-related homicide has more than tripled since 2010.

Further stratification of the data shows differing patterns based on geography.

Which solutions are needed?

The most apparent takeaway from the findings is that the increases in firearm fatalities is not consistent for all age groups and ethnicities. As the authors note in the recent publication, marked disparities by demographic groups, which are growing wider by the year, suggest that public health interventions must be tailored to specific demographic groups and should consider differences by intent.

Whether it’s medical records, blood or tissue, patients want to know if researchers might use their data or specimens

For example, suicide prevention efforts in the U.S. may be most helpful for older men. County-level rates can be used to pinpoint opportunities for community-based interventions, such as education for safe firearm storage, child access prevention laws, and violence intervention programs.

As fatalities from firearms rapidly moves up the list of the leading causes of death in the U.S., multiple interventions at various levels are needed to effectively curb these increases.