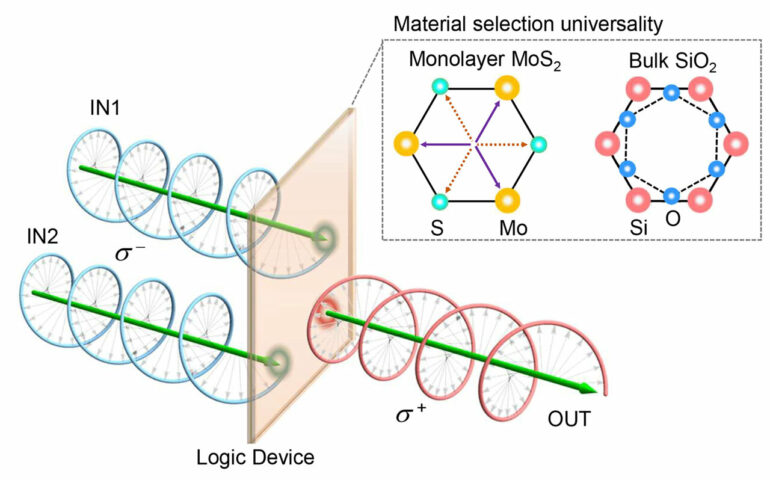 Logic gates are the fundamental components of computer processors. Conventional logic gates are electronic—they work by shuffling around electrons—but scientists have been developing light-based optical logic gates to meet the data processing and transfer demands of next-generation computing.

The new approach uses circularly polarized light as the input signal. The logic gates are made from crystalline materials that are sensitive to the handedness of a circularly polarized light beam—that is, the light emitted by the crystal depends on the handedness of the input beams. This serves as the basic building block for one type of logic gate (XNOR), and the remaining types of logic gates are built by adding filters or other optical components.

The team also showed that a single device could contain all of their chirality logic gates operating simultaneously in parallel. This is a significant advance over existing logic gates, which can only carry out a single logic operation at a time. Simultaneous parallel logic gates could be used to build complex, multifunctional logic circuits.

Finally, the team demonstrated that the chirality logic gate could be controlled and configured electronically, a necessary step for hybrid electrical/optical computing.

The work is published in the journal Science Advances.