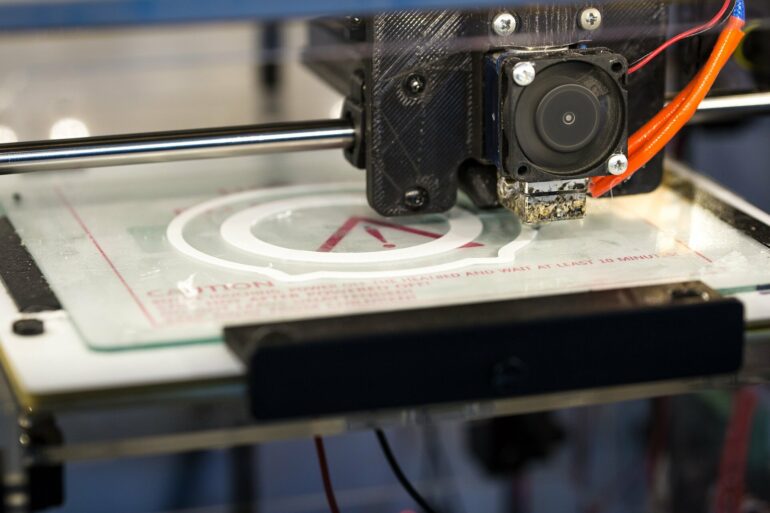 A new 3D printer combines the principles of a CT scanner with light modeling of materials to produce objects with unique property combinations in record time.

Imagine producing a copy of Albert Einstein’s bust figurine equipped with soft cheeks, a solid forehead, and containing physical replica of the wonder of a brain just by pressing “print.” Or even more impressive, an artificial heart with the same stiffness as a real one. That is just a few examples of 3D printed objects that researchers at Technical University of Denmark (DTU) are working to make a reality with a new 3D printing technology based on light.

According to the leader of the multi-departmental team, Assistant Professor Yi Yang at DTU Chemistry, the printer utilizes the principles of a reversed CT scan.

“Our printer will build a physical object at the intersects of computed tomographic images. The technology enables us to build 3D objects embedded with different properties and material transitions,” says Yi Yang.

The first results of the interdisciplinary project recently became openly accessible in Nature Communications. Recently, Yi Yang received a Villum Experiment grant of 2 MDKK, which will finance a postdoc and a technical-administrative employee to advance the project.

Although current 3D printers produce objects in 3D, the actual printing takes place in lower dimensions. The material, e.g. plastic resins, is cured layer by layer, or point by point, and prints objects from the bottom up on a printer board. However, the new 3D printer will actually print in three dimensions, Assistant Professor Yi Yang explains, “We use a method called Tomographic Vat Photopolymerization (TVP), which allows us to print all points in a 3D object simultaneously. One has to imagine a box containing a liquid polymer—a kind of polymeric printer ink. By exposing the ink to light of certain wavelengths, determined by a 3D image and built up as a CT scan, the ink turns solid in the desired shape.”

Can adjust the elasticity

Alongside Associate Professor Aminul Islam at DTU Mechanical Engineering and Professor Kristoffer Almdal at DTU Chemistry, Assistant Professor Yi Yang is developing the right apparatus types for a novel recipe of light-sensitive polymeric resin, which is important in order to take advantage of one of the great benefits of the technology of light-dependent 3D printing.

“We can vary the softness of our 3D object based on our computer model by controlling the different wavelengths delivered from the light sources,” says Yi Yang.

So far, the printer has succeeded in printing a variety of complex geometries with functionally graded materials.

The assistant professor explains that the potential of the printer extends far into commercial production of various items. But the unique possibilities for quickly adjusting the softness and shape of the print also means that he sees the potential in the vascularization of artificial replacements for patients who need new, functioning tissues and organs.

“The degree of detail and flexibility in our 3D printing will hopefully be so extensive that the technique can be used to produce fully vascularized constructs using biopolymers as ‘ink.’ This technology might be able to replicate the softness and unique build-up of blood vessels, capillaries, and muscles. There is a long way to go, but hopefully the printer can bring us closer to the goal,” says Yang.

While some of the potential benefits of the printer lie years into the future, it already has features that could revolutionize 3D printing.

Usually, the speed of 3D printing depends on the complexity of the object and the number of voxels. Voxels are 3D pixels, which can be described as all the small dots that form an image—or in the case of voxels, the points in a three-dimensional figure.

However, since the new 3D printer uses an inverted CT image as template and simply changes the polymeric material with light rays instead of printing point by point, objects can be produced almost instantly.

“In principle, the technique allows one to send a CT scan of an object and press ‘print.’ The moment after, there will be a copy of the object in real-life softness,” concludes Yang.

Provided by
Technical University of Denmark