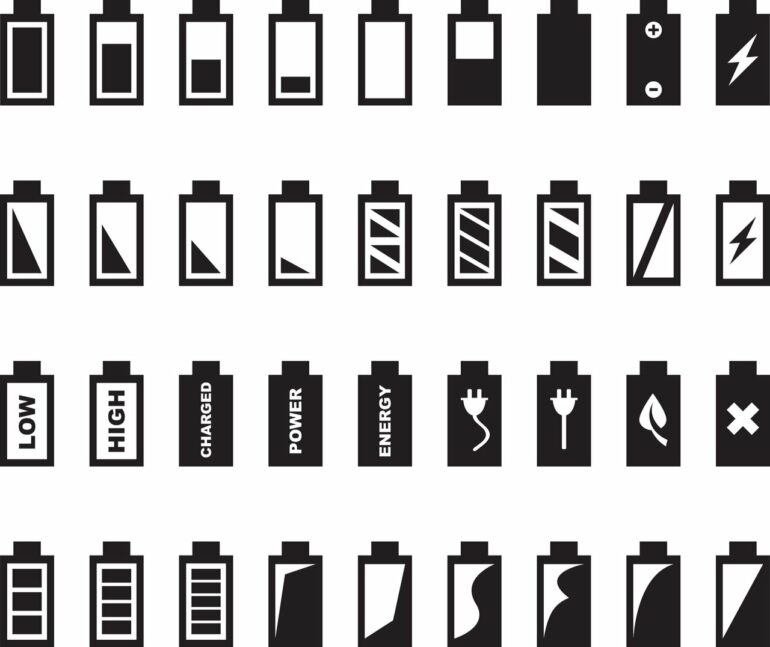 In the quest to be able to store renewable solar and wind energy on the electric grid to be used at times when the sun isn’t shining and the wind isn’t blowing, scientists are investigating a number of different types of chemistries for large-scale batteries that could be used for grid storage.

One candidate for this sort of battery chemistry, called an aqueous zinc ion battery (AZIB), has been identified as a promising technology for grid storage that can help maximize the advantages of renewable energy sources. The foundation of affordability and safety of AZIBs relies on the use of zinc, a key sustainable metal, as the anode material in the cell.

Compared to lithium in commercialized lithium-ion batteries, zinc is far more naturally abundant and highly compatible with water, thus allowing for the direct use of cost-effective, nonflammable, aqueous-based electrolytes.

However, in a new study from researchers at the University of Waterloo working as part of the Joint Center for Energy Storage Research headquartered at the U.S. Department of Energy’s (DOE) Argonne National Laboratory, scientists have proposed that numerous claims in the open literature have been mistakenly overestimated, and that zinc-ion batteries still face many challenges. A paper based on the study, “Toward practical aqueous zinc-ion batteries for electrochemical energy storage,” appeared in the Aug. 11 online edition of Joule.

“A zinc anode brings high safety and low cost for aqueous zinc-ion batteries because it is stable with most water-based electrolytes,” said University of Waterloo Professor Linda Nazar, who along with her graduate student Chang Li is a lead author of the study. “However, during charge-discharge cycling, zinc tends to grow as random and spiky crystals—called dendrites—which can easily cause a short-circuit when charging batteries. Although many strategies have been reported to solve the zinc dendrite issue, only few of them can address the requirements of practical applications.”

Challenges also remain on the cathode side. According to Nazar, the water molecules in the aqueous-based electrolyte can spontaneously dissociate into hydroxide ions and protons. While the protons compete with the zinc ions in the process of shuttling back and forth into the battery’s cathode materials—a process known as intercalation—the remaining hydroxide ions can combine with the zinc. That reaction results in compounds called layered zinc double hydroxides, which Nazar said precipitate on the cathode surface and “take zinc out of the equation, insulating the surface in a very deleterious side reaction.”

The main question facing zinc batteries, in Nazar’s view, is how to suppress the water activity. The answer, she said, could lie in a non-aqueous/aqueous hybrid electrolyte that can help to sequester the water, preventing its dissociation. “These electrolytes have been shown to be quite effective at ensuring that zinc-ion insertion dominates the chemistry,” she said.

Nazar identified an additional notable drawback to some research involving zinc batteries, asserting that studies that had run the batteries at exceptionally high cycling rates tended to be based on proton insertion much more than zinc intercalation. “Superfast cycling of zinc batteries won’t help in large-scale grid storage,” she said. “We’re trying to set the record straight—cycle only at moderate rates and then do electrolyte engineering to inhibit the water dissociation.”

A paper based on the study, “Toward practical aqueous zinc-ion batteries for electrochemical energy storage,” appeared in the Aug. 11 online edition of Joule.