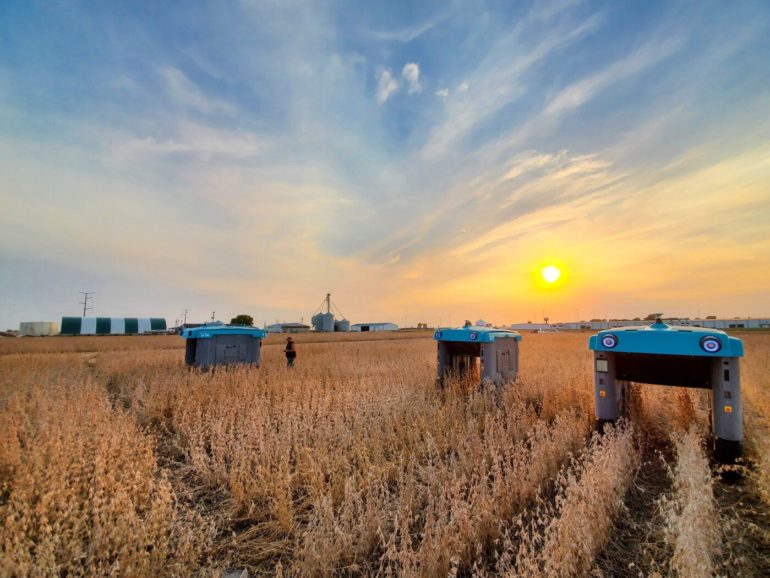 Alphabet’s X lab, formerly a Google division, has announced via blog post that it has formally named its newest “moonshot” project Mineral. The project will be geared toward using new and novel methods to increase sustainable food production. Alphabet X has also set up a web page outlining the goals of the project.

As noted on the team’s blog post, to feed the billions of people expected to be populating the Earth in the coming years, changes are required in food production. The team at Mineral suggests that such changes should involve the use of new approaches, techniques and tools. Such tools and techniques, they say, should involve the development of new kinds of hardware, software and the way they are built and used in agricultural efforts.

One example is a robotic buggy that the team has deployed in several locations. Each of the robots drives over cropland along the same paths used by tractors so as to not disturb the plants, autonomously collecting data. Each plant is photographed and sensors collect data about the plant and the soil in which it is growing. The data from the robots is then analyzed and used to make changes to farming practices that will result in greater yields.

The team at Mineral readily acknowledges that the work is still in an experimental stage—the focus for now remains on coming up with new ideas. For that to happen, the team is adding members from a wide variety of fields: farming, robotics, agriculture, artificial intelligence and computer and software engineering. Initial work will involve taking a close look at how plants grow in ways that have not been done before. The team wants to learn as much as possible about the process, from soil preparation, to planting and harvesting. They then plan to make changes by asking questions about the way things are done now, such as, what if farmers begin growing plants that are both consumable and nutritious but have never been considered a food crop? The team hopes to find the answers to such questions and to use that information to feed the people of the future.