The best TechRadar reads you may have missed 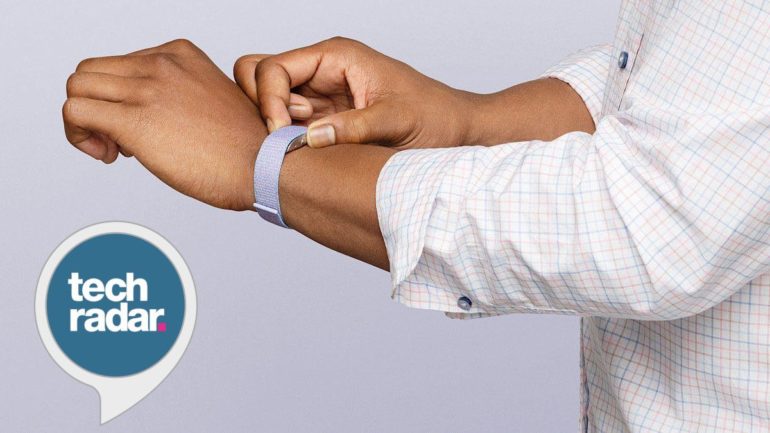 Ah, the weekend. A time for living in your slippers and switching off from the general madness that continues to swirl around you – and who can blame you? But just because your brain enjoyed a few days of well-earned rest doesn’t mean the world of tech ground to a halt. With CES 2021 coming to a close, it’s been a busy few days for everything from OLED displays to robot butlers, so we’ve gone ahead and wrapped up the best tech news of the week in a neat little package for you.

So, what’s been happening? Well, it’s been a busy week for a certain South Korean behemoth. For starters, we spent 24 hours with the Samsung Galaxy S21, and below we detail our five key takeaways from our time with the device. We’ve also gone ahead and hosted the royal rumble of Samsung Galaxy Buds so you can figure out which pair is right for you.

There’s also a host of exciting gaming, TV and computing news for you to sink your teeth into, but if you’re after something a little less visually-demanding (we understand), you’ll be pleased to learn we’ve snuck the latest episode of the TechRadar Noise Cancelling Podcast at the end of the article for your convenient listening pleasure.

Less of a three-course-meal and more of a speed date, we spent 24 hours with the Samsung Galaxy S21 and had… some thoughts. From changes to the fingerprint scanner to the redesigned camera bump, Samsung’s latest flagship iteration has enjoyed some refreshing updates.

You’ll have to wait for the full review for our final opinion on the next-gen phone, but for now we can bring you the top five things we’ve learned about the Samsung Galaxy S21 in our first 24 hours.

We put their respective designs, audio performance, battery life and more to the test to bring you a detailed round-up of the good, the bad and the ugly when it comes to Samsung’s range of wireless earbuds.

Finally, after what seems like a whole year (did something happen in 2020?), the latest Marvel Cinematic Universe adventure is here. WandaVision has dropped on Disney Plus, and turns Avengers Wanda Maximoff (Scarlet Witch) and Vision into a married couple at the center of their very own sitcom.

But when the hell is it set? We detail the ins and outs of where WandaVision fits into the labyrinthine timeline of the Marvel Cinematic Universe, and provide some handy explanations as to what happened to Vision after that finger-snap in Avengers: Infinity War.

It’s no secret that Microsoft’s diminutive tower of power is a fantastic console. The Xbox Series X is packed to the rafters with great tech, and a few more next-gen games could see it properly flex its power-laden muscles – but, for now, there’s a handful of PS5 features that give Sony’s latest hardware the edge.

Some are trivial (convenient mute settings), but some are almost essential (have you seen that controller?), and here we break down the 5 PS5 features we wish were on the Xbox Series X.

CES wouldn’t be CES without a slew of laptop announcements to get the gamers, designers and photographers of the world excited, and this year’s event was no different.

Could this be the year of the Chromebook? New entries from Samsung and Acer suggest it might be. Plus, we dish the dirt on some of the weirdest and wackiest laptop designs we’ve ever seen – Lenovo, is everything ok?

Zelda fans, unite! February 21 marks the 35th anniversary of Nintendo’s flagship franchise, and we’re expecting something big after the Japanese giant pulled out the stops last year for the same Mario anniversary.

Other than the Breath of the Wild 2 game we haven’t heard a whisper about since a trailer dropped at E3 2019, could we expect a new AAA Zelda title? From original adventures to remasters of old favourites, we’ve rounded up everything we want to see for The Legend of Zelda’s 35th anniversary.

In perhaps the most unglamorous – but nonetheless important – news of the week, both Samsung and LG have unveiled a tripod TV stand for their premium sets.

Three-legged floor stands will be available for Samsung’s 2021 iteration of The Frame and LG’s Gallery Series OLED display – because even the most powerful TVs need a little support sometimes. While not the most ground-breaking revelation to emerge from CES, the like-minded announcements represent a rare moment of unity among two industry heavyweights constantly at each other’s throats.

The week’s biggest tech news, in podcast form! We have you covered with the Noise Cancelling podcast, which is brought to you by TechRadar and our sister sites Laptop Mag and Tom’s Guide.

Catch up on all the latest tech gossip, from our first impressions on the all-new Samsung Galaxy S21 to our favourite gadgets of CES 2021.