A eulogy to my super-cheap running headphones 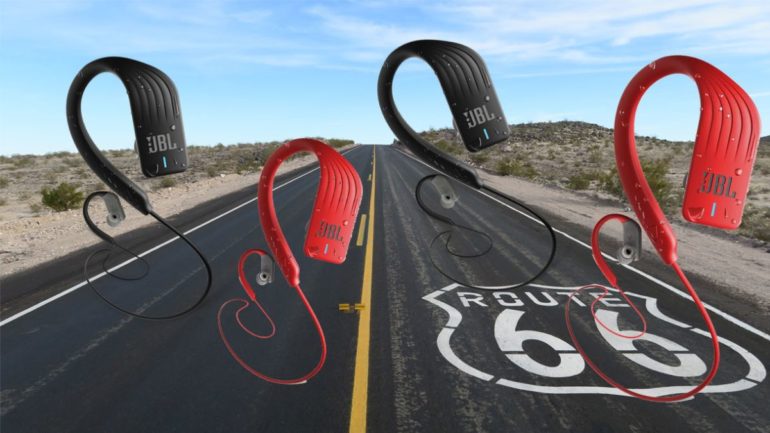 In May, I wrote about how cheap running headphones were great for me, when it came to my ongoing task (and the subject of this recurring column) of running the distance of Route 66 in two years.

I now realize that I totally jinxed myself because, only a few months later, these good old JBL Endurance Sprints are starting to shuffle off this mortal coil, moving on to wherever headphones go when they cease to be.

Every piece of tech eventually stops working, though I can’t help but feel these JBLs would still function if I hadn’t written an article about their great longevity, as though some hand of fate broke them just to make me look stupid. It’s got me wondering if I did something wrong, and if I should just let them go.

My JBL Endurance Sprints were born… in a factory somewhere, I don’t know, but I first met them a few days after Boxing Day 2020. I’d bought them in the sales, for less than the price of a round of drinks at a London pub, as part of a drive to get fit in the new year.

They were replacing a wired pair of Skullcandy headphones, which I’d been using basically since birth, and were the first actual tech purchase I’d had to make since starting a tech writing career over two years prior.

I wasn’t initially blown away by the sound quality or battery life but, over many runs and songs and miles, the JBLs and I bonded. They were my running companion, I was their arbiter of great musical taste, and together we conquered all of London’s longish runs.

But on a workout a few weeks ago, I noticed that the left-side buds were a little quieter than the right-side ones. Subsequent runs confirmed what I’d feared – sound from one side was gradually fading into oblivion, and there was nothing I could do to stop it.

I tried my best to save them. I tried cleaning them, completely resetting them, de- then re-charging them; nothing seemed to work. There was no cure for this ailment.

Not quite a eulogy?

Here’s where the flippant eulogy-style metaphor breaks down a little – I’m actually still using the JBL Endurance Sprints, despite pronouncing them dead.

One side of the headphones is much louder than the other – in fact, the left side may as well be off – but I haven’t bought any new headphones to replace them. Partly, this is because of the cost: I pay this thing monthly called ‘rent’, which makes spending on anything else a questionable endeavour.

I feel guilty about spending more on a new pair of running headphones. I bought these cheap cans thinking I was a money-saving genius, but it’s likely their untimely demise was a result of their low cost. You expect pricier gadgets to be more durable and long-lasting, after all, but buying something more expensive is a financially tough decision.

In my initial coverage of these cheap running headphones – the love letter that solidified the now-faded romance – I said “I’ll never splash out again.” I now regret that choice of words, being faced with the imminent prospect of splashing out on new cans.

I’m also reluctant to move onto a new pair while the current ones work. Sure, the word work might raise some eyebrows given my description of them, but technically sound still comes out properly on one of the buds – which, if anything, is stopping me from throwing these JBLs into the trash (or into my local electronics recycling, because recycling is important).

I guess I’m using this article as a way to sort through my feelings on my ailing headphones. Do I keep using them? Do I replace them? Maybe I should run without headphones? Grief is a complicated process, especially when it’s regarding reliable tech; doubly so when you’re trying to turn it into a facetious running column. I guess when I strap on my running shoes tomorrow morning, that’s when I’ll make my decision.