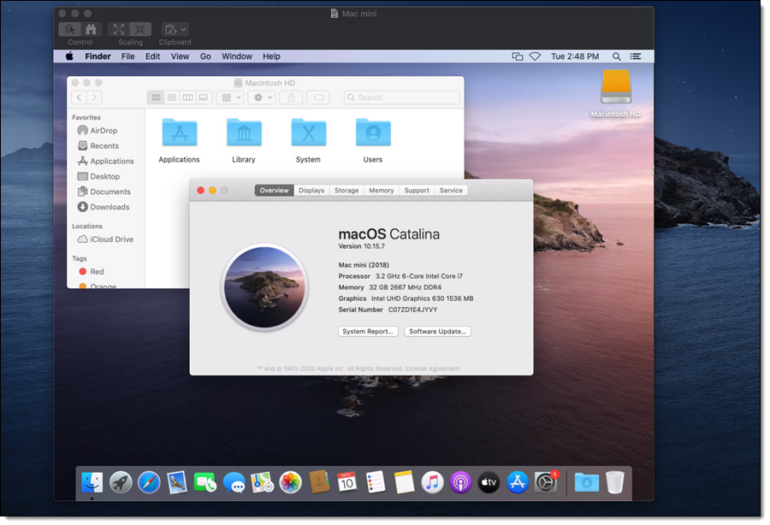 Amazon Web Services (AWS) has kicked off its week of announcements from its re:Invent conference by announcing that it will have macOS instances on its EC2 service.

The instances will use a combination of Mac mini hardware and the AWS Nitro abstraction layer, which will allow macOS 10.14 Mojave and 10.15 Catalina instances to consume other AWS services such as S3, EBS, and EFS.

“The instances feature an 8th generation, 6-core Intel Core i7 (Coffee Lake) processor running at 3.2 GHz, with Turbo Boost up to 4.6 GHz.”

Instances of macOS will have 32GB of memory and be accessible via SSH and as a remote desktop via VNC. Amazon has recommended that if VNC is used, the port be locked down to only allow access from certain IPs or to tunnel VNC over SSH.

Barr added the instances could be used for build and render farms, as well as for continuous integration/continuous delivery farms.

AWS is making the instances available as dedicated hosts with a minimum tenancy period of 24 hours, which means they cannot be part of an automatic scaling group.

Instances making use of the new Apple M1 chip are planned for 2021, AWS added.

The macOS instances are available today in US East in North Virginia and Ohio, US West in Oregon, Europe in Ireland, and Asia Pacific in Singapore.