Best Motorola phones 2021: a guide to the best Moto smartphones 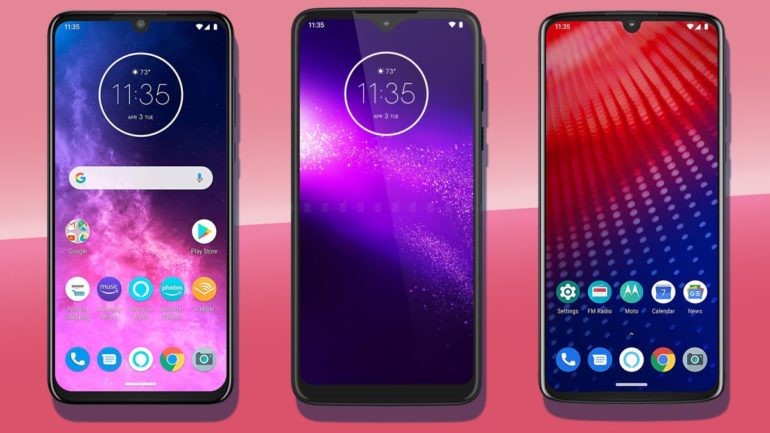 The best Motorola phones are all excellent value for money. Alongside Nokia phones and certain LG phones, Motorola is a great part of the budget smartphone market – one that’s just a bit smaller now that LG has quit making phones. If you’re looking for a good quality handset that won’t break the bank, Motorola is the manufacturer to look at.

While its greatest strength may be the budget end of things, Motorola can also do high-end phones too. The arrival of the Motorola Edge and the higher-performance Motorola Edge Plus both combine top specs, sharp displays, and 5G connectivity with flagship polish, which is precisely why they both make this list.

But given we haven’t heard about follow-up flagships coming in 2021, most of the latest Motorola phones are in the mid-range to budget tiers. These include the Moto G range which demonstrates what an excellent value smartphone should be like  (including novel stylus-packing models), the Motorola One series offering good software update regularity and standout camera features, and the aging Moto Z range which offers modular accessories though we haven’t seen another entry in years.

Edge models aside, Motorola’s phones aren’t up there with the best phones in the world, but they are certainly some of the better budget and mid-range phones you can find in 2021.

If you’re expecting to see the foldable Motorola Razr – a reboot of the classic flip phone – it’s not here. Simply put, even the refined version that came out in early 2020 has so many compromises (specs, cameras, and so forth) for its price that it doesn’t make the cut on our list of recommended phones, but we won’t hold that against the rest of the Motorola range.

Instead, the most recent addition is the Moto G9 Plus, which is a super-affordable 5G handset. Read on below to see where it ranks and whether there’s a Moto phone for you. The list of the best Motorola phones is updated regularly so check in to see how things change over time.

Motorola returns to the big leagues

The Motorola Edge Plus is arguably the most exciting Motorola phone in years, as it’s also the first true flagship from the company in years.

That means it’s up against the likes of the Samsung Galaxy S20 and iPhone 11 Pro, and it certainly has the specs to compete, with a high-end Snapdragon 865 chipset, a massive 12GB of RAM, and a huge 5,000mAh battery.

Its screen is thoroughly impressive too, as it’s a 6.7-inch 1080 x 2340 OLED one with a 90Hz refresh rate and HDR10+ support, it’s also a ‘waterfall’ display, which means it’s steeply curved at the sides, giving it a striking appearance.

You also get a quad-lens rear camera, with a 108MP main sensor, an 8MP telephoto one (with 3x optical zoom), a 16MP ultra-wide one, and a depth sensor.

With support for both sub-6 and mmWave 5G networks it can also make the most of the latest mobile technology, so it’s no wonder we’re so fond of it.

On the Edge of success

-Cameras not the greatest-Curved screen functionality is limited

That includes a big 4,500mAh battery, which in our review we found comfortably lasted a day even with quite heavy use.

It also has a 6.7-inch 1080 x 2340 OLED screen with a 90Hz refresh rate, HDR10 support, and ‘waterfall’ curves, leaving the handset with a sleek look and a comfortable feel in the hand.

While you don’t get top-end power here, the Motorola Edge also delivers very decent performance from its upper mid-range Snapdragon 765G chipset and 6GB of RAM – so much so that we found it handled almost all games well.

With a quad-lens camera too (including a 64MP main sensor paired with telephoto, ultra-wide and depth sensors), an in-screen fingerprint scanner, and just an upper mid-range price, the Motorola Edge certainly has an edge over many rivals.

A Moto phone with a great camera

Lenovo spent 2019 releasing many Motorola One phones, and the highlight of this series is the Motorola One Zoom.

The Motorola One Zoom has a whopping four rear cameras, which is loads for an affordable handset like this. They include a depth sensor, a telephoto lens, and a wide-angle snapper, as well as the main sensor.

Beyond that, there’s a decent battery, and a good-looking screen. However, we found there were some sacrifices to be made to keep the price so low, like middling processing power and a design that leaves a little to be desired.

Motorola is a budget and mid-range champion, and this is pure Moto class, with decent specs and a low price.

The Moto G 5G Plus is one of the very cheapest 5G phones you can buy at the time of writing, and that alone would be enough to make it interesting, but Motorola hasn’t stopped there, as the phone also has an assortment of generally decent specs and features.

There’s its big and long-lasting 5,000mAh battery for one, plus solid performance from its Snapdragon 765G chipset and up to 6GB of RAM.

The Moto G 5G Plus also has a sizeable 6.7-inch 1080 x 2520 screen with a 90Hz refresh rate, making it larger and smoother than many phones at this sort of price.

There’s also a quad-lens camera, led by a 48MP snapper, though in our review we judged that these cameras weren’t the best. That, coupled with other irritations such as an iffy fingerprint scanner and a Google Assistant button that’s easy to accidentally press, mean the Moto G 5G Plus doesn’t appear higher in our ranking, but if you want a 5G phone on a budget then it’s still a top choice.

Great price for an all screen phone with solid camera

The Motorola One Hyper adds to the company’s burgeoning smartphone range with an all-screen design and pop up camera. It’s a shame there’s no telephoto camera considering there’s two main rear cameras but the main 64MP sensor makes up for this with amazing detail in shots.

A Snapdragon 675 processor means decent mid-range performance for the price and battery life is solid, if not spectacular.

Unfortunately the notch-less screen struggles when trying to display many games, cropping the action incorrectly in many instances. It means if you are a keen mobile gamer this is one to avoid. For everyone else, it’s yet another solid Motorola phone.

Read the Motorola One Hyper review

A great budget phone for video-makers

The Motorola One Action has lots in common with the other Motorola One phones, like its chipset and screen quality, but it has one novel feature that makes it an interesting prospect for phones buyers.

As well as its main and depth sensing cameras on the back of the device, the Motorola One Action has an ‘action cam’ which is designed for impressive video recording. You can record in landscape while holding the phone in portrait, and the camera is great at picking up video detail: all in all it’s a great device for people who take a lot of videos.

On top of that the handset is actually cheaper than lots of other Motorola ones, so you could do a lot worse if you’re looking for a device with an intriguing extra feature.

Solidly dependable on a budget

It will help you fix your bad Wi-Fi

In Apps and WebGamingSmartphones
on 27 November 20205 min read

The Moto G9 Power has a quite extraordinary 6,000mAh battery which is sure to attract those users who hate to need to recharge often. With nearly two days of life, it also supports 20W fast charging so you won’t have to wait around for long on those occasions when you do need to recharge.

Elsewhere, it’s a little bit business as usual for the Moto G9 Power but that’s not strictly a bad thing given the price. It has a Qualcomm Snapdragon 662 chipset and 4GB of RAM which brings with it fairly average performance, but it does the job well enough.

A 6.8-inch 720 x 1640 screen means whatever you’re doing looks reasonable with plenty of room although don’t count on HDR support. Still, we found it to be pretty good for the price, especially when it comes to watching videos. Temper your expectations and you’ll be delighted at this price.

Large in every way

If you’re looking for a large and bright screen then the Moto G9 Plus is the perfect choice. It’s suitably expansive in your hands but still looks good with a similarly well-matched strong battery life.

Backing that up is a decent set of camera options so you can enjoy some decent shots in good lighting and even some not bad low light images too.

As with any budget phone, compromises need to be made and here it’s to the detriment of general performance. It’s not poor, it’s merely average. Where things get a little more disappointing are the extras or lack of them such as no wireless charging, no 5G support, and no waterproofing. That lovely screen makes up for a lot though.

Considering the price it’s amazing that the G8 Plus fits in small bezels, triple rear cameras, stereo speakers and decent battery life. It looks great too, with an attractively simple version of Android 9 Pie to boot.

The Snapdragon 665 means the phone has decent battery life but we found the performance wasn’t as good as hoped with occasional stuttering. You can forget high-end gaming, too.

Despite this Motorola is promising two years of security updates and a software update to Android 10 making it a good, large-screened Moto option. The triple cameras and great stereo speakers add some excellent upgrades over the G7 range, too.

Read the Moto G8 Plus review

The main Moto G8 handset, and perhaps the best

The Moto G8 is the standard model in the G8 range and it’s one of the best, as while it’s basic, it’s also supremely affordable, and offers surprisingly strong performance thanks to its Snapdragon 665 chipset and 4GB of RAM, which leave it capable of comfortably running most apps and other tasks.

The Moto G8 also has decent battery life, with its 4,000mAh battery lasting well over a day in our tests, though for even better life you should consider the Moto G8 Power.

Other highlights of the Moto G8 include its triple-lens camera, its 3.5mm headphone port, and its large 6.4-inch screen. That screen could stand to be sharper and there’s no NFC – meaning no contactless payments, but taken against what this phone costs, those don’t seem like such major issues.