Browns vs Chiefs live stream: how to watch the NFL playoff game online from anywhere 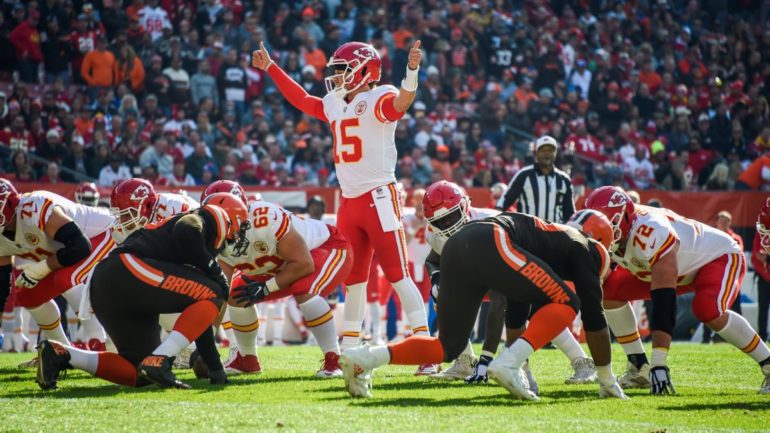 Can the Browns’ fairy tale story continue? Cleveland overcame Covid-induced adversity and 26 years of grim history to sucker-punch the Steelers, in a game that featured one of the most jaw-dropping opening quarters you’ll ever see. Read on as we explain how to get a Browns vs Chiefs live stream and watch the NFL playoffs online wherever you are right now for this Divisional Round clash.

They’re major underdogs again as they visit the home of the defending Super Bowl champs, the Kansas City Chief…but considering what went down last weekend, Kevin Stefanski may just be starting to believe.

KC should be healthy and well-rested thanks to that first-round bye, and their performances down the stretch suggested that they might have been in need of a break. They haven’t blown an opponent away since the Jets came to town all the way back in Week 8, though there’s every chance Andy Reid wanted it that way.

In Travis Kelce, Tyreek Hill and Patrick Mahomes, they have one of the most destructive offenses in the league, and everyone knows they’ll be stepping things up in the playoffs.

However, it’s now been three weeks since the Chiefs’ starters last took to the field, which makes you wonder, at what point do you go from refreshed to rusty? With the way Cleveland got out of the traps last weekend, a sluggish start for Kansas City could prove fruitful for the Browns.

That said, nobody left in the playoffs allowed more passing yards than Cleveland in the regular season, and unlike Ben Roethlisberger and the Pittsburgh offense, KC have more than enough ability and experience to take full advantage.

If KC have a weakness it’s their run defense, and arguably no team in the NFL has the means to expose that more brutally than the Browns. Nick Chubb was a sight to behold in the Wild Card Round, gliding through Steelers bodies like a hot knife through butter, and he and his partner in crime Kareem Hunt should cause this KC D some serious problems.

Would a similarly ludicrous shootout be too much to hope for here? Follow our guide below as we explain how to watch Browns vs Chiefs online and get an NFL live stream from anywhere today.

How to watch Browns vs Chiefs from outside your country

Use a VPN to live stream NFL playoff football from anywhere

FREE Browns vs Chiefs live stream: how to watch NFL playoff game online in the US

Today’s Browns vs Chiefs game is being shown nationally on CBS, with kick-off scheduled for 3.05pm ET/12.05pm PT at Arrowhead Stadium in Kansas City.

How to watch Browns vs Chiefs FREE without cable

That’s because for complete coverage of all nationally televised NFL games in the 2020/21 season without cable, you’ve needed access to Fox, CBS, NBC, ESPN and NFL Network – and only fuboTV currently offers them all to the best of our knowledge. The same is true for the playoffs.

Pricing starts from $64.99 a month, which is a darn sight cheaper than cable, and there’s even a FREE 7-day fuboTV trial you can take advantage of. That means you can watch today’s Browns vs Chiefs game 100% free, if that’s what you decide.

Not interested in signing up for cable or for a streaming service? Yahoo is showing every NFL game that’s being broadcast in your local TV market for free in its Yahoo Sports app, including the Cleveland Browns vs Kansas City Chiefs playoff clash today.

Today’s Browns vs Chiefs clash kicks off at 3.05pm ET/12.05pm PT in Canada, with linear TV coverage available through CTV and RDS.

When it comes to streaming though, Canadian NFL fans are some of the luckiest in the world, as DAZN offers every single 2021 NFL playoff game.

That obviously means that the Browns vs Chiefs game is covered, and it’s an absolute steal as DAZN costs just CAD$20 a month or $150 a year. Plus, an ongoing free DAZN trial deal currently lets you try the service free – essentially mean you can watch a free NFL playoff live stream, if that’s what you end up deciding.

The Chiefs vs Browns game is being aired in the UK on Sky Sports, with coverage starting at 7.30pm GMT ahead of an 8.05pm kick-off.

Alternatively, you can tune in to the Chiefs vs Browns game via NFL Game Pass Pro from just £1.99 a week – or, for a flat fee of £50, get access through the end of July 2021, which will see you through the playoffs, Super Bowl, Pro Bowl, 2021 NFL Draft and more.

Not in the UK but still want to catch the action on Game Pass? Grabbing a VPN will let you log into a UK IP address so you can live stream NFL as if you were at home. This also lets you get around any blackout restrictions that sometimes apply to games aired by Sky.

How to watch Chiefs vs Browns FREE: live stream NFL playoffs in Australia

If you live in Australia, you’re spoilt for choice as the big Chiefs vs Browns Divisional Round game is being covered by a number of Aussie outlets – kick-off being scheduled for 7.05am AEDT on Monday morning.

It’s not the most elegant platform we’ve ever seen, but if you head there and click the ‘Live TV’ tab at kick-off time, the Chiefs vs Browns game should be on. Its lack of future listings is particularly frustrating but, hey… free is free, right?

In general, Kayo Sports is our favourite streaming solution for cord-cutters Down Under – and it’s also offering a Chiefs vs Browns live stream. In fact, it should be showing all the NFL games from now on, plus loads more sporting coverage from top-tier soccer (La Liga, Serie A, FA Cup) to US sports like the NBA and NHL.