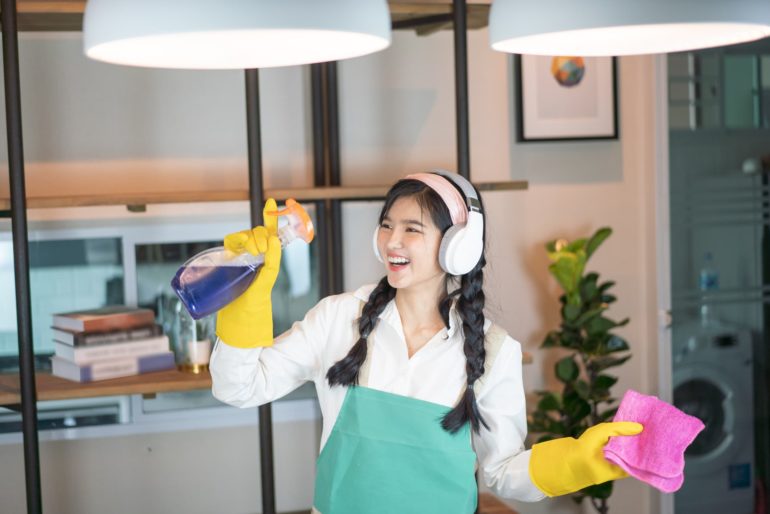 When pandemic lockdowns swept the country in Spring 2020, there were concerns that the booming podcast business might take a pause — the dramatic decline in people commuting meant fewer people listening on the go. Podcast downloads did initially decline, 10% between February 25 and March 25, but instead of that decline accelerating, digital audio rebounded, and 2020 catapulted a new generation of social audio companies into prominence.

The new format — live conversations — emerged as an audio trend that has social media giants stepping up efforts to keep their control over internet experiences. One of the audio upstarts, Discord — which started as a chat platform for gamers and has been around since 2015 — saw its popularity explode. Meanwhile, Clubhouse, which launched during the pandemic, quickly scaled its user base to number in the millions and its valuation into the billions.

Defying expectations, podcasting revenue continued to grow and eMarketer had to revise its 2020 estimate from a 1% decline in the time U.S. adults spend with audio, to 8.3% growth, for about an hour and a half a day. Clubhouse claims users spend over one hour, on average, on the app daily.

While people may have been commuting less, and may have spent the pandemic’s early days watching the news, the versatility of the audio format endured: people listened while cooking, cleaning, and exercising. It turns out that audio may be the last unfilled window of consumers’ time: there are many more occasions in which someone can listen, or even participate in a conversation, than they can glue their eyes to a video.

Discord landed at No. 3 on this year’s CNBC Disruptor 50 list because of its scale and fast growth. The company that enables people for conversations via text and audio chat, along with video, says it has about 150 million monthly active users, up from 56 million at the end of 2019. The company enables people to set up “channels” or virtual rooms, that serve as online communities to talk about different topics. While the company’s early user base was largely focused on talking about video games, the company’s appeal has expanded dramatically in the past year, as people found communities on the platform to talk about video games, news, sports or fantasy football, and their neighborhoods.

Its CEO Jason Citron wants to provide the best version of community “space” on the internet, whether that be the reimagining of a dorm room, library, restaurant or auditorium experience in a virtual environment. Citron says many Discord users today still experience it in smaller groups of friends, say six to 10 people, but the company sees significant potential in satisfying the needs of bigger communities around topics of interest, and that is a focus of new product development, including its Stage channels.

“We see tremendous opportunity to grow our business model,” he said.

The platform drew the attention of Microsoft, which bid a reported $10 billion for the platform — in an ironic twist, Citron and his Discord co-founder Stanislav Vishnevskiy were gamers who started the company because they were frustrated with communication technology like Microsoft’s Skype.

Clubhouse launched in April 2020 as an invite-only live audio conversation platform with events hosted by people in the community. The app’s audience grew in the early months of the pandemic, bolstered by the frequent participation of Andreessen Horowitz partners, who have led three rounds of investment into the company.

But it was in February that Clubhouse user numbers really took off: Tesla CEO Elon Musk and Facebook CEO Mark Zuckerberg both appeared in Clubhouse chats, drawing so many listeners that the rooms maxxed out their 5,000 person limit and sent people to overflow rooms. Conversations — including some with 2021 No. 1 Disruptor company Robinhood CEO Vlad Tenev — about the WallStreetBets trading phenomenon drew buzz and interest. (Discord also found its user base growing among stock market traders this year.)

For Clubhouse, exclusivity helped: the company capped the number of people who could join. New users needed an invite from a member and the company only expanded from iOS to Android devices this May after a year of iPhone exclusivity. CEO Paul Davison told CNBC this week that since the Android launch there are “millions more” waiting to join the platform.

Voice is the oldest medium. … Voice is a durable medium.

In the ultimate validation of the innovative models from Discord and Clubhouse, the social media giants have launched similar services. Twitter first started testing Spaces, to enable people to click from a tweet to enter a live chat, late last year and has been rolling it out in 2021. Facebook announced ‘Live Audio Rooms’ in April — Zuckerberg said the company has been working on audio for “a very long time” — and also started testing a Q&A product where creators can talk to an audience (either with video or audio only), that can ask questions via either text or audio.

Microsoft’s LinkedIn is working on an audio feature that will focus on professional conversations. To expand on the conversations that used to happen around the watercooler, Slack, recently acquired by Salesforce, has been experimenting with a feature designed to recreate the spontaneity of office hallway conversations. And in March, Spotify bought Betty Labs, the parent company of Locker Room, a Clubhouse alternative.

Some social media trends come and go, but Clubhouse CEO Davison told CNBC this week that history is on the side of his company’s business model: “Voice is the oldest medium. … We’ve been gathering with other people in small groups and talking since the beginning of civilization. … Voice is a durable medium.”

SIGN UP for our weekly, original newsletter that goes beyond the list, offering a closer look at CNBC Disruptor 50 companies, and the founders who continue to innovate across every sector of the economy.