For less than $10, anyone can now get up close and explore single cells in VR 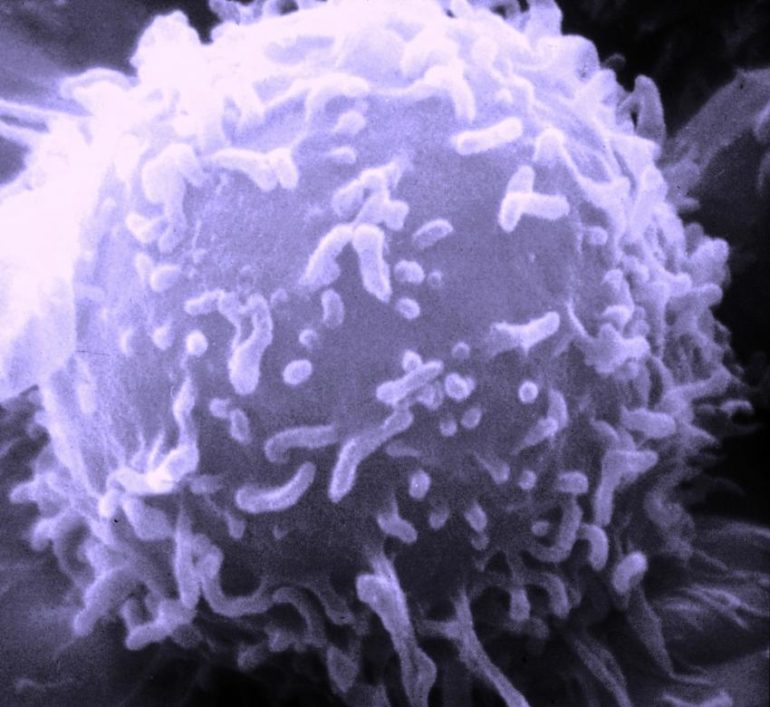 While often thought of as being limited to expensive hardware for dedicated gamers, virtual reality (VR) has become a lot more affordable in recent years with entry-level hardware—such as Google Cardboard—costing less than $10. With this headset, anyone with a smartphone can place their device into the headset and view VR content through its large screen.

With the barrier to entry now greatly reduced, scientists and engineers are trying to figure out ways of bringing VR to the masses and, potentially, using it to unlock breakthrough discoveries. One such team of researchers from some of the US’s top medical centers and institutions has now published a paper in Frontiers in Genetics documenting a VR tool they created called ‘singlecellVR‘ that allows anyone to explore single-cell datasets.

Dr. Luca Pinello, an Associate Professor at Massachusetts General Hospital and Harvard Medical School, as well the corresponding author of the paper, originally pitched the concept at a hackathon in 2019 alongside his colleagues David Stein, Dr. Huidong Chen, and Mike Vinyard. After gaining a lot of attention from their peers at the event, they decided to develop a working prototype. New features were later added with the help of Dr. Qian Qin and others in the Pinello Lab.

Learning new things in ‘a fun and interactive way’

“I believe VR and augmented reality (AR) technologies are just getting started in terms of the spaces to which they are applicable, especially in the sciences,” Pinello said. “I hope the general public could appreciate the new opportunities that new VR/AR technologies are bringing to us to interact with reality, to explore biological data or just to learn new things in a fun and interactive way.”

The free, open-access web app allows anyone to easily visualize single-cell assays in VR and requires no advanced technical skills from the user. Single-cell assays have transformed our ability to model heterogeneity within cell populations and help identify the function and behavior of individual cells within a much larger population of cells.

Having access to this data and knowing which cell states and genes  are present is crucial in helping scientists better understand how, for example, various cancers spread in the human body.

Previous tools used to view single-cell data visualizations in VR have been limited to the most expensive hardware, costing upwards of $2,500. However, singlecellVR is built on previous advancements in VR by allowing users to visualize their own precomputed data directly from the most commonly used single-cell analysis tools including Scanpy, Seurat, PAGA, STREAM, scVelo, and EpiScanpy.

Have you ever wanted to visualize your #SingleCell data in virtual reality? Now you can! We are happy to present https://t.co/pvKPKxlqSI! You just need a cheap cardboard #VR visor (~$8) and your phone to upload and explore your data in VR! Preprint here https://t.co/pu2a3HAuyn pic.twitter.com/kRmHVhqNOK

“We have simplified conversion of data output from these tools, enabling users to easily contribute to a growing database of datasets from key studies that are preprocessed and available for VR visualization,” the authors wrote.

“Ultimately, these tools seek to empower non-computational biologists to explore their data and make rapid hypotheses otherwise difficult to attain from traditional 2-D visualizations.” The authors go on to say that despite tools having been developed in the past, there are currently no peer-reviewed tools available for the visualization of single-cell data in VR, illustrating the novelty in the area of single-cell RNA sequencing.

While smartphone-based VR headsets are limited in the amount the user can navigate and interact with their digital surroundings, Pinello said that the addition of an inexpensive Bluetooth keyboard or controller (approximately $20) should make for a better experience.

The singlecellVR website—which requires no installation on a device—allows users to explore several preloaded datasets or upload their own datasets for VR visualization across Google Chrome, Safari and Firefox on Android and Apple devices.

Once users have uploaded their data to singlecellVR, they have the option to view and explore the data in 3-D directly in their web browser or to quickly jettison the data to their mobile device for visualization in a VR headset. One of the biggest challenges in visualizing single-cell data, the team said, was taking data compiled on a desktop computer and displaying it through a smartphone.

To overcome this challenge and enable a seamless transition to a smartphone for VR view, the team’s website dynamically generates a QR code that enables users to open the VR view on their phone to view data uploaded through a personal computer.

In Apps and WebGamingSmartphones
on 27 May 20211 min read

Plans for the future

Looking to the future, the team sees singlecellVR having more applications related to new single-cell technologies (eg multiomics or spatial profiling) and expects singlecellVR to expand support to more powerful devices such as the Oculus VR headsets from Facebook (costing approximately $300).

“My hope is that by lowering the barrier to adopt or explore these new technologies, more people will become excited about this space, and we will create a community interested in developing VR applications focused on the exploration and analysis of biological data,” Pinello said.