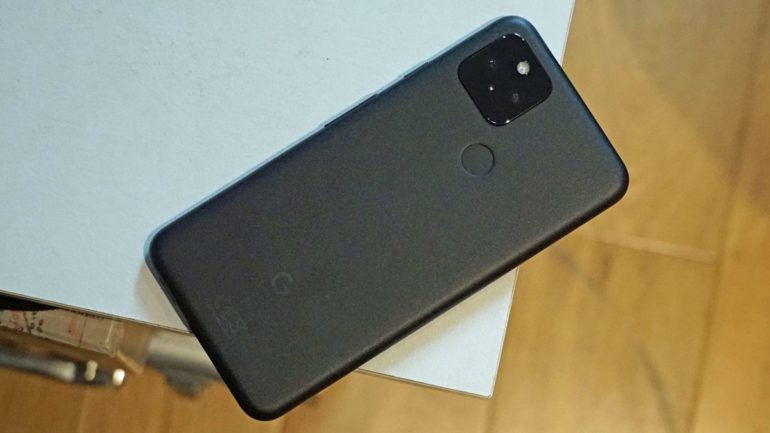 The Google Pixel 6 will likely be launched toward the end of 2021 so it’s still probably a ways off, but that’s okay given the Google Pixel 5 is rather new and the Pixel 5a still needs to see the light of day first.

We gave the Pixel 5 four stars out of five, and its budget alternative, the Pixel 4a 5G, only three and a half, so there’s definitely progress the company can make on these phones.

Below we’ve put together all of the leaks and rumors we’ve heard so far around the Google Pixel 6. Then, we’ve come up with a wish list of what changes we want to see in the phone.

Expect to learn more about the Google Pixel 6 as the months go on, but right now the picture of the upcoming Pixel phone isn’t entirely clear.

The Google Pixel 6 could well come running the Qualcomm Snapdragon 775 chipset under the hood, and we’ve now heard our first set of rumors around the upcoming processor.

All we know about the Google Pixel 6 price and availability are guesses based on the Pixel 5.

We’d expect the phone to come out towards the end of 2021, based on Google’s flagship trends. October is most likely the best bet.

With regards to price, that’s a bit harder to guess, because while the Pixel 3 and Pixel 4 were more premium offerings, the Pixel 5 is a mid-ranged phone, and we don’t know if Google will stick in that price range or return to the top end.

Our guess is the former, though, as the company will likely want to stick with a big change for more than one year to see if it pays off. The Pixel 5 cost $699 / £599 / AU$999 so maybe we could see a similar price again.

In early Android 12 code, there are two hints of possible Google Pixel 6 features. One of these is the existence of a one-handed mode, which suggests a Pixel 6 XL could be on the way, as a non-XL phone wouldn’t necessitate such a feature.

The other is the possibility of an in-screen fingerprint scanner, something Google hasn’t used before in its smartphones. This news is slightly dubious for now, but since we’ve barely heard anything about the phone thus far, it’s all we have to go on.

In terms of specs, the Pixel 6 may well come running the Qualcomm Snapdragon 775 processor – the CPU hasn’t been announced yet, but we’ve heard rumors of its existence, and last year’s Pixel 5 had the Snapdragon 675 on board.

One other sign of the Google Pixel 6 is in a Google patent, detailing a possible future phone that doesn’t have a visible selfie camera.

While the patent doesn’t explain how this is achieved, it looks likely that the camera would be underneath the screen, as we’ve now seen on the ZTE Axon 20 5G. Of course, just because Google is exploring this idea it doesn’t mean we’ll get an under-display camera on the Pixel 6, but it’s possible.

Google Pixel 6: what we want to see

While we wait for further Google Pixel 6 leaks, we’ve pulled together some improvements we’re hoping to see from the company for its next smartphone.

The Google Pixel 5 wasn’t the most interesting-looking smartphone in the world – in fact, some would go as far as calling it ‘boring’ as a standard ‘chocolate-bar’-looking handset.

Pixel phones have never been real lookers, but we’d like to see a Pixel 6 that was a little more memorable. Months before the Pixel 5 launch we saw an intriguing render that was as divisive as it was distinct, but it got people talking, which is more than you can say for the Pixel 5.

Google Pixel phones have made a name for themselves by being great camera phones, but recent devices from the company don’t actually have telephoto lenses, meaning all zooming is digital. That’s essentially just cropping.

This means zoom pictures tend to have lower resolutions and therefore look grainy, and it stops you zooming in as far using the camera app itself.

We’d like to see Google bring telephoto cameras back to the Pixel line so we can take better zoom shots with the phones.

The earliest few generations of Google Pixel smartphone were pretty small, so they were easy to use one-handed, fit in pockets well, and felt comfortable in the hand for people with smaller palms.

That hasn’t been the case for the brand’s 2020 smartphones as much, but we’d love to see a return to smaller devices. The compact phone (or ‘small phone’) market is severely lacking, and Google could really corner it if it wanted.

One of the main differences between older Pixel flagships, and the Pixel 5, was the choice to use a mid-range chipset instead of a top-end one. That’s a fair decision in theory – not everyone needs top processing power, and most people can make do with middling power.

However, the Pixel 5 didn’t have ‘middling power’ as it was pretty weak. In our benchmark tests it performed poorly, and it didn’t always handle gaming well.

We’d like to see Google improve the performance of its phones, whether that’s by using better chipsets, or by using mid-range processors with better optimizations.