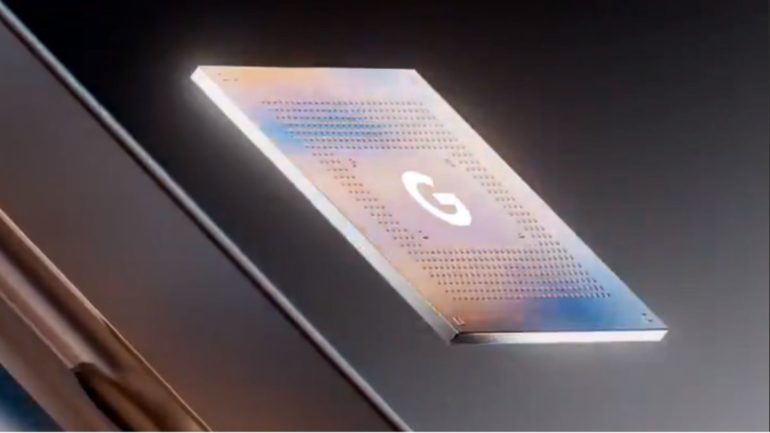 Google officially revealed the Google Pixel 6 and Pixel 6 Pro via a series of tweets, and it looks a lot like leaks had suggested. But the tech giant confirmed another long-rumored bit of info: the phones would be powered by a chipset built in-house, which has officially been named Google Tensor. So what can this new silicon do?

We’ve broken down what we’ve heard in the first day after Google formally introduced its new system-on-a-chip, which was previously known by its supposed codename, Whitechapel.

In short, the Tensor chipset should improve plenty of ordinary things Google’s Pixel phones do, from browsing around the Android interface to shooting photos, as well as give faster Google Assistant results and other voice recognition tasks – the new silicon is expected to do all this on-device rather than need to send the query to Google servers and back.

We’ve already seen this effect in Apple’s A-series Bionic chipsets, which have software so tightly tailored to hardware that the company’s flagship phones routinely top the benchmark rankings of our best phones with comparatively minimal RAM.

So excited to share our new custom Google Tensor chip, which has been 4 yrs in the making (📎 for scale)! Tensor builds off of our 2 decades of computing experience and it’s our biggest innovation in Pixel to date. Will be on Pixel 6 + Pixel 6 Pro in fall. https://t.co/N95X6gFxLf pic.twitter.com/wHiEJRHJwyAugust 2, 2021

This should assist plenty of leading Pixel 6 features typically showcased at Google IO, from Live Transcription in its Recorder app to Live Translation to Live Captioning to Google Assistant and more. We’d bet there are perks the company is keeping up its sleeve to reveal with the Pixel 6, too.

Thanks to Tensor, Google has also tuned up its rear cameras, with better sensors that wouldn’t fit in the four-lens block of the Pixel 5 and Pixel 4, according to an official blog post laying out the silicon’s advantages. Hence the new camera bar, as it’s called.

The phone series had been using the same-size sensors since the Pixel 2, YouTuber Marques Brownlee explained in a new video made after he claimed to have handled the new Pixel 6. But with the new Tensor SoC, Google finally had the opportunity to use bigger sensors that the tech giant’s software could harness – so we’re genuinely eager to see what they’re capable of. Google even teased “entirely new features, plus improvements to existing ones,” and we can’t wait to see what that means for its photo capabilities.

Material You interface and security

The Material You development coming in Android 12, which radically re-tunes the interface to a color and tone palette using new animation and design frameworks, will be powered and made smooth by Tensor, Google affirmed in its blog post.

Security-wise, Google assures that Tensor will have its own security core with a new Titan M2 chip combined. Google claims the Pixel 6 will have the “most layers of hardware security in any phone,” whatever that means.

While the Pixel 6 announcement is a welcome surprise, it wasn’t the reveal we were expecting – that would be the mid-range Pixel 5a, which a Bloomberg report had suggested would launch this month. Why does that matter? It raises the question of whether the Pixel 5a will get Tensor, too.

Our guess is: no, primarily because Google is pitching Tensor as a generational leap in tech that it’s integrating first in its top-end phones. We don’t have any pricing info for the Pixel 6, so we can’t say that the Tensor is positioned only for premium devices, but we’d expect the company needs some time (and phone generations) to optimize its hardware and software. Heck, Apple’s cheaper phones didn’t get a leading A-series chipset until the iPhone SE 2020.

Given all the rumors pointing to a nearly finished Pixel 5a, it would make sense for it to be powered by the silicon that had previously powered Google’s phones: Qualcomm Snapdragon chipsets. What about future mid-range a-series Pixel handsets? Those could be Qualcomm-powered, too, per a Walter Bloomberg tweet citing a Qualcomm spokesperson as saying that “Qualcomm will continue to work closely with Google on existing and future products based on Snapdragon platforms.”

But we’re still waiting to see what the Tensor does for the Pixel 6 – and doesn’t do, given this is Google’s first SoC. For instance, will it have its own 5G modem, or will that be provided by a different chipmaker, as analyst Anshel Sag wondered in a tweet – especially since Google didn’t mention 5G once in its blog post.

In any case, Google has made a bunch of claims about Tensor that we’re excited to see backed up by the device when it lands in ‘fall 2021’ in the US (Q3 2021). Whether Tensor gives the Pixel phones their edge to claw some market share away from Apple, Samsung, Xiaomi and the other big names in the phones game is anyone’s guess.