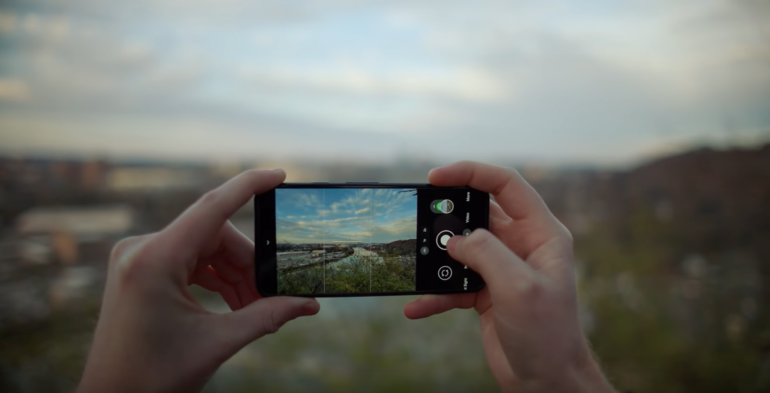 Over the last few weeks, I’ve been unreasonably fascinated by Google’s Pixel phones.

It isn’t so much the phones themselves, though I know that many who have them find them delightful. Or, at least, as good as any other Android phones.

What’s been moving me to uncommon eyebrow-scratching have been Google’s vigorous attempts to make the Pixel important. Or, if I might be so rude, relevant.

First it was an ad that encouraged you to practice mindfulness while you transfer your data to your new Pixel.

Next, it was an encouragement to learn some useful Korean slang — is there any other kind? — during your data transfer. This was only marred by the unfortunate kink that you can’t buy a Pixel in Korea.

This week, however, my committed watching of the San Francisco Giants was interrupted by a Pixel ad that was something of a car crash.

A man in white glasses — burdened with the name Chris — was relating how he’d been in a serious crash, caused by a confusing road configuration and a stubborn truck.

Chris was in the passenger seat, holding his Pixel. He explained: “I just remember that moment. The truck coming closer and closer.”

He added: “I remember looking at my finger and I’m, like, something’s going to happen to my finger.”

In essence, this tale is of Chris’s Pixel recognizing that he’d been in a car accident, vibrating and asking him whether he needed help.

Chris says he didn’t really think about how his phone was going to save him. Somehow, Apple has cornered the life-saving gadget arena with stories about how Apple Watch has saved people’s lives.

Indeed, my colleague Jason Perlow told his own story of how, once a Cupertino skeptic, he became passionately committed to Apple after his Watch detected an irregular heart rhythm and helped him to discover it before more serious consequences could ensue.

In Chris’s case, he presents his story in a matter-of-fact manner, which makes the telling more powerful.

The feature he describes has actually been around for a while and is now available on Pixel 3, 4, 4a, 4a 5G and 5.

Maddeningly, it’s not available in all languages and countries and is also dependent on connectivity. It also may be triggered by events that aren’t accidents and may not detect every accident. (Google’s lawyers are as thorough as Samsung’s.)

Still, Google released this ad in tandem with another, the tale of a dad who, thanks to the Pixel’s Live Caption feature, had a phone conversation with his son for the very first time.

In essence, it’s been enjoyable to see Google making more interesting efforts at creating an identity for the Pixel.

If only the company could put a little more energy into promoting it — and distributing it more widely — the Pixel might become far more relevant than it is.

Why, a mere 2 million Pixel 4 and Pixel 4XL phones were shipped after six months of sales.

I fear many users would wish Google could see Pixel as more than just a phone for Android developers to have fun with.

This may never happen, so Pixel-lovers will have to make do with enjoying superior levels of entertainment on behalf of the brand.