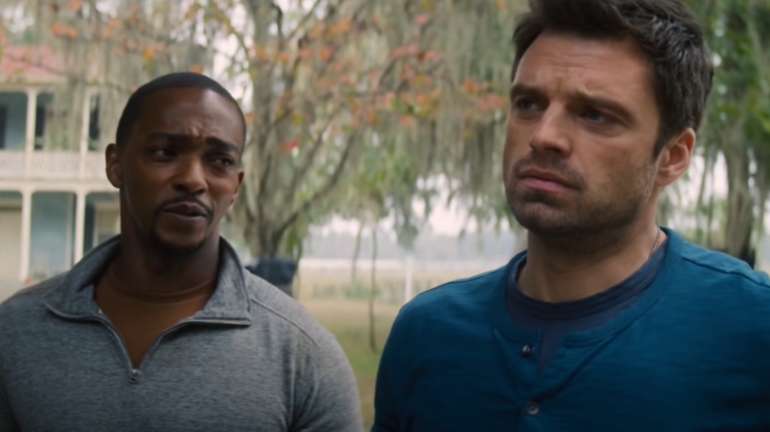 Avengers assemble! Or, well, Falcon…Winter Solider…assemble? We’ve almost got another week under our belts, and that means a new episode of The Falcon and the Winter Solider to put our feet up for and watch. Bringing together this unlikely duo, watch the latest title from Phase Four of the Marvel Cinematic Universe as Sam Wilson and Bucky Barnes try to navigate the boots Captain America left them to fill.

Read on as we explain how to watch The Falcon and the Winter Solider online and stream all-new episode 3 by getting Disney Plus from just $7.99/£7.99 today.

How to watch The Falcon and the Winter Solider episode 3

Finally – finally – episode 2 gives us what we want, and that’s Bucky Barnes and Sam Wilson on the screen at the same time. With this union, The Falcon and the Winter Solider finds its charm in their bickering dynamic, particularly over the US military officer who’s taken up the mantle as Captain America.

A rather nervous character, lacking in the kind of self-assurance required for such a role, it’s clear he’s definitely not the right fit following the start to his national promo tour.

This argument continues across Europe as Barnes follows Wilson to Munich, Germany, where he’s checking in on the Flag Smashers, who appear to be smuggling weapons and taking hostages.

Facing off with a Super-Soldier, an action-packed scene of MCU superhero proportions takes off across our small screens.

As Disney Plus has now rolled out in North America, Europe and parts of Asia and Latin America, watching The Falcon and the Winter Solider using the service is easier than ever. If you’re located in a country that does have access to Disney Plus, you just need to head to the Disney Plus website and sign up for the service to watch.

In addition to being the exclusive home of The Falcon and the Winter Solider and the entire MCU canon, Disney Plus also gives you access to Disney’s huge back catalogue, plus Fox’s and Pixar’s as well. This means that adults will be able to watch every episode of the Simpsons ever made while kids can watch classic Disney films like Cinderella, The Little Mermaid, The Lion King and more.

A Disney Plus subscription also gives you access to everything Star Wars – including The Mandalorian – all for just $7.99/£7.99/AU$11.99 a month.View Deal

How to save money on Disney+

Disney Plus is already cheaper than competing streaming services like Netflix but you can save even more when you sign up for an annual subscription which gives you 15% off the monthly price. Obviously you have to splash the cash at the start, but with so much content to get stuck in to we very much doubt you’ll run out of things to watch before the 12 months are up. You’re looking at a mere $79.99/£79.90/AU$119.99 for the year.

Or if your interests are farther reaching (and you’re in the US), then we’d seriously suggest looking at the fantastic value bundle package. It adds Hulu and ESPN Plus to your subscription price.

The Hulu element opens up a world of Hulu Originals such as The Great, Upload, Helstrom and Normal People – as well as being the only place to watch Britney Spears documentary right now. Bringing further great value ESPN Plus offers loads of exclusive live sport, highlights and documentaries. The combined bundle costs just $13.99 a month.

Disney Plus is showing no signs of slowing down since the service first launched last November. WandaVision is just the latest in a string of recent blockbuster releases exclusive to the platform, including Soul, The Mandalorian, Mulan, Hamilton, and much more.

Also, now that Disney has set the precedent of releasing its live-action Mulan remake on the service instead of in theaters through its Premiere Access program, expect the company to keep bring more blockbuster films that were originally intended to be shown on the big screen to Disney Plus in 2021 – it’s the place to watch Raya and the Last Dragon right now, for instance.

And finally, there’s the new Star on Disney Plus that most global markets get to enjoy and sees the amount of content available through Disney Plus more than double, with a particular eye to shows grown-ups are going to enjoy. It costs a tiny bit more, but is worth it based on our initial impressions – and you can still save big by going with an annual subscription.