How to watch WandaVision online: stream all-new Marvel series on Disney Plus today 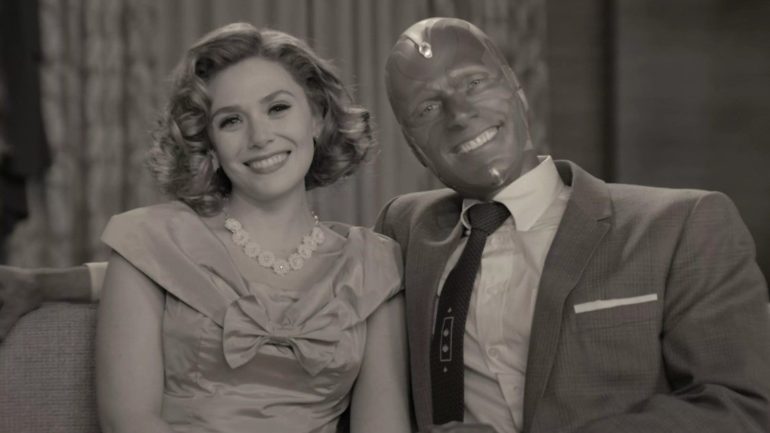 Marvel is back today with its first live-action release since way back in 2019, with new limited TV series WandaVision also representing Marvel Studios’ first foray on to the small screen. Follow our guide as we explain how to watch WandaVision online and stream the new Avengers spin-off with Disney Plus right now.

As with most Disney+ releases, it’ll be available on the streaming service from midnight PT / 3am ET / 8am GMT / 7pm AEDT on the day of release – in this case, Friday, January 15.

How to watch WandaVision

Starring Elizabeth Olsen and Paul Bettany, WandaVision represent our first look at the phase four of the Marvel Cinematic Universe, or MCU.  It sees the Hollywood duo play Wanda Maximoff/Scarlet Witch (Olsen) and Vision (Bettany), two of the supporting superheroes from earlier stages of the MCU, most notably the Avengers movies (minor spoilers for which may exist below).

On the surface, they’re a happily married couple living the perfect suburban life in the white picket fence stronghold of Westview. WandaVision trailers and promo material make clear the pair are aware of their powers and are trying to keep they well under wraps – but also that they might not have full knowledge their backstory. Something fans will be keen explored further given, you know, how Thanos killed Vision and all that jazz?

They’re a happily married couple living an idealized suburban life in the town of Westview, with the trailers suggesting that while the pair are aware of their powers (and trying to keep them well hidden from their neighbors), they might not have full knowledge of their backstory.

There looks like there’s going to be plenty of time-warping and reality-bending in experimental WandaVision – and also plenty of humor, as our early glimpses at the show reveal a number of self-knowing references to older TV shows, specifically 1950s classics like Bewitched, I Love Lucy, The Brady Bunch, Leave it to Beaver, The Dick Van Dyke Show. In fact, the first three episodes are understood to be structured broadly as sit-coms as mysterious WandaVision reveals itself to us.

Comprised of nine episodes, the first two drop on January 15, with a new one released every Friday thereafter for the duration of the run. Follow our guide below as we explain how to watch WandaVision online and stream the new Avengers spin-off today – as one of six limited Marvel TV series to come to the platform this year, there’s no reason for fans not to grab a great value Disney Plus subscription today!

As Disney Plus has now rolled out in North America, Europe and parts of Asia and Latin America, watching WandaVision using the service is easier than ever. If you’re located in a country that does have access to Disney Plus, you just need to head to the Disney Plus website and sign up for the service to watch.

In addition to being the exclusive home of WandaVision and the entire MCU canon, Disney Plus also gives you access to Disney’s huge back catalogue, plus Fox’s and Pixar’s as well. This means that adults will be able to watch every episode of the Simpsons ever made while kids can watch classic Disney films like Cinderella, The Little Mermaid, The Lion King and more.

A Disney Plus subscription also gives you access to everything Star Wars – including The Mandalorian – all for just $6.99/£5.99/AU$8.99 a month.
View Deal

How to save money on Disney+

Disney Plus is already cheaper than competing streaming services like Netflix but you can save even more when you sign up for an annual subscription which gives you 15% off the monthly price. Obviously you have to splash the cash at the start, but with so much content to get stuck in to we very much doubt you’ll run out of things to watch before the 12 months are up. You’re looking at $69.99/£59.99/AU$89.99 for the year.

Or if your interests are farther reaching (and you’re in the US), then we’d seriously suggest looking at the fantastic value bundle package. It adds Hulu and ESPN+ to your subscription price. The Hulu element opens up a world of Hulu Originals such as The Great, Upload, Helstrom and Normal People. While ESPN+ brings tonnes of exclusive live sport, highlights and documentaries. The combined bundle costs just $12.99 a month.

Disney Plus is showing no signs of slowing down since the service first launched last November. WandaVision is just the latest in a string of recent blockbuster releases exclusive to the platform, including Soul, The Mandalorian, Mulan, Hamilton, and much more.

Finally, now that Disney has set the precedent of releasing its live-action Mulan remake on the service instead of in theaters through its Premiere Access program, expect the company to keep bring more blockbuster films that were originally intended to be shown on the big screen to Disney Plus in 2021.