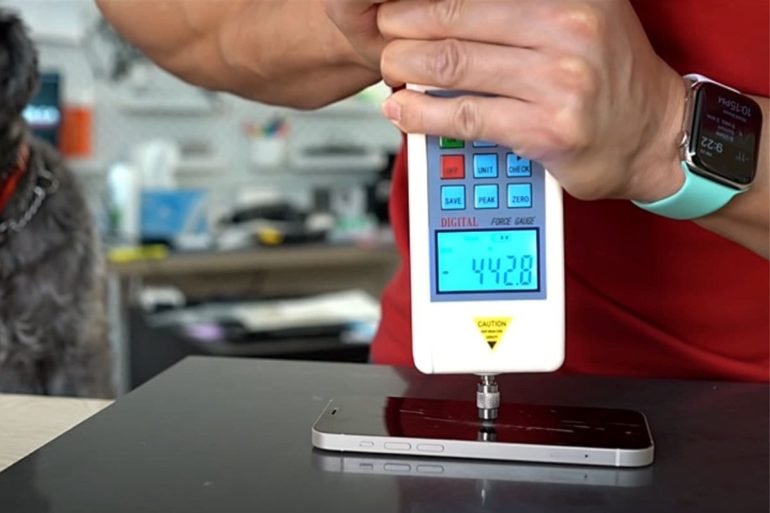 One of the new features of the iPhone 12 is what Apple calls Ceramic Shield. It’s supposed to give the iPhone 12’s screen four times better drop performance.

But does it work?

There’s only one way to find out?

Anyone want to volunteer their new iPhone 12? No. Well, lucky for us, the folks at Allstate Protection Plans has carried out some drop tests for us.

Ceramic Shield is a technology developed by glassmaker Corning that uses a high-temperature crystallization process to allow nano-ceramic crystals to form in the glass, boosting toughness.

Apple claims that Ceramic Shield is tougher than any other smartphone glass, and that this is the biggest jump in glass reliability the iPhone has seen.

So, what happens when you drop it?

The durability testing consisted of dropping iPhone 12 handsets from 6 foot onto a rough sidewalk. Not particularly scientific, but I doubt that you’re even going to be scientific when you drop your iPhone either.

To measure ultra-low power AI, MLPerf gets a TinyML benchmark

“For many of us, smartphones have become cameras with phone capabilities rather than phones with camera capabilities. iPhone 12’s amazing cameras, plus its improved durability, is sure to be a hit with consumers,” said Jason Siciliano, vice president, and global creative director at Allstate Protection Plans. “The Ceramic Shield front is a huge improvement. That said, both phones were damaged when dropped on a sidewalk. Given their hefty repair costs, we encourage everyone to use a protective case and treat their new iPhone 12 with the care you would give an expensive camera.”

So, get a case, and maybe a protection plan. Because repairs aren’t cheap.