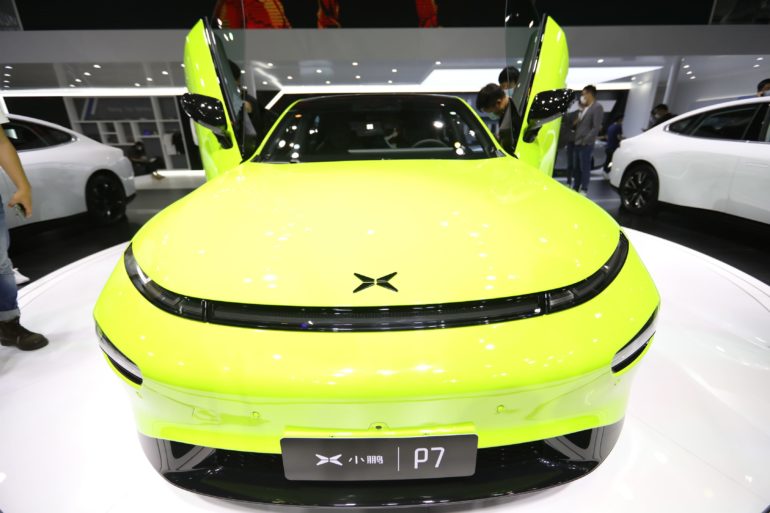 GUANGZHOU, China — Chinese electric carmaker Xpeng Motors is looking into making its own semiconductors for autonomous driving to stay ahead of the competition, a top executive at the company told CNBC.

The comments come after technology news website 36Kr reported that Xpeng had assembled a small team to develop semiconductors.

“Well, I cannot say too much about that … the competition in China market is fierce … so we are looking at all options. What are the best ways to keep our advantage in the competition? So so far we are doing very well in software,” Wu told CNBC on Wednesday.

“But moving forward we are looking at all possible options: how to keep us … winning this competition,”

When asked if that includes exploring in-house chipsets as well, Wu said: “That’s one of the directions, yes.”

Wu did not give further details.

Xpeng launched a new electric sedan called the P5 on Wednesday. The vehicle is equipped with Lidar or or Light Detection and Ranging technology, which uses lasers to map the car’s surroundings.

This is critical to enable some of the P5’s autonomous driving features that are built in.

Currently, the P5 uses chips from Nvidia for autonomous driving and Qualcomm for its in-car digital cockpit.

Designing its own semiconductors could give Xpeng more control over the integration between its hardware and software.

The company has been focusing on developing technology in-house as a way to differentiate from rivals in China’s crowded electric vehicle market. Not only is Xpeng competing with traditional automakers and start-ups, but an increasing number of technology companies such as Baidu and Xiaomi have also jumped into the fray.

Wu claimed the P5’s hardware and software and “usability of the overall features is much more advanced” than its competitors — and that would give the company an “edge.”

Chinese technology companies have been putting an increasing focus on developing their own semiconductors. Baidu last month raised money for its chip business and Xiaomi unveiled a new chipset for the camera on its latest flagship smartphone.