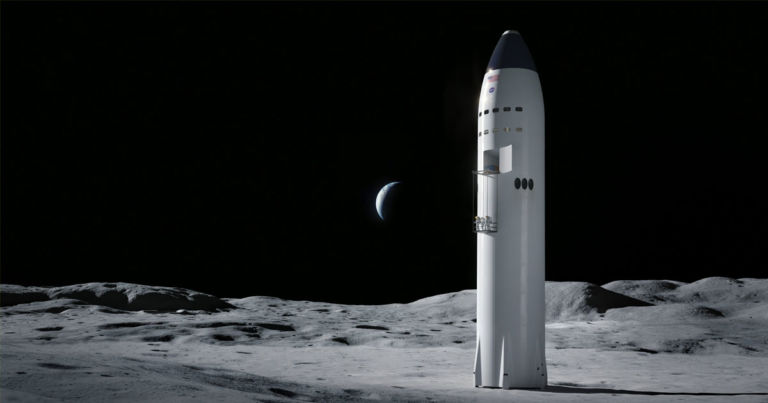 NASA announced today that it has awarded three massive contracts to develop lunar landing systems in an effort to return American astronauts to the Moon’s surface as soon as 2024, as Ars Technica reports.

“With these contract awards, America is moving forward with the final step needed to land astronauts on the Moon by 2024, including the incredible moment when we will see the first woman set foot on the lunar surface,” NASA Administrator Jim Bridenstine said in a statement.

SpaceX received a $135 million contract to further develop the Super Heavy rocket-powered Starship. The massive spacecraft, currently in development, could one day carry up to 100 passengers to the Moon and beyond.

A lunar optimized Starship can fly many times between the surface of the Moon and lunar orbit without flaps or heat shielding required for Earth return pic.twitter.com/Zpkldayy85

As for SpaceX CEO Elon Musk’s qualities as a leader, Bridenstine sounded supportive.

“I fully believe that Elon Musk is going to be successful,” he told Berger. “He is focused like a laser on these activities.”

A $579 million contract was also awarded to Blue Origin. The Jeff Bezos-led…