The shape of the electron determined for the first time 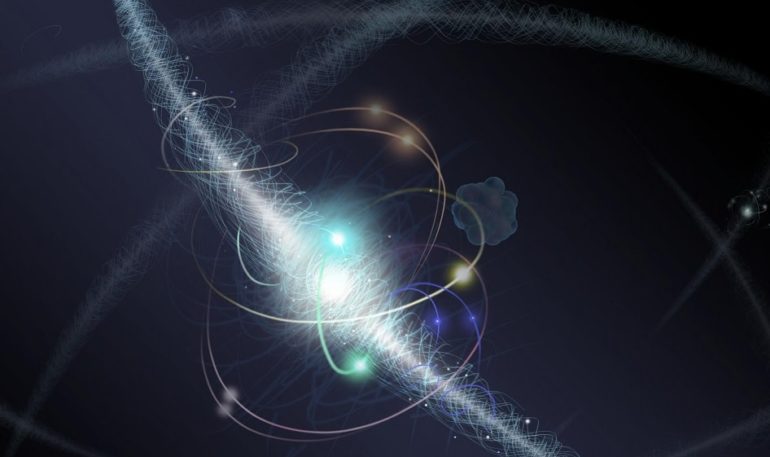 Although it is the best known elemental fermion, the electron has not finished revealing all its secrets to scientists. After studying its physical properties, physicists have long tried to identify its shape. And recently, thanks to a method involving artificial atoms, researchers have finally managed to determine the shape of the electron. An essential result that could pave the way for the development of future quantum computers.

Physicists from the University of Basel showed for the first time what an electron looks like in an artificial atom. A newly developed method allows them to determine the probability that an electron is present in a space. This allows better control of the electron spins, which could be the smallest unit of information in a future quantum computer. The results of the experiments were published in the journal Physical Review Letters and the corresponding theory in the journal Physical Review B.

The spin of an electron is a good candidate to serve as a quantum bit (qubit) within a quantum computer. Controlling and switching this spin or pairing it with others is a challenge that many research groups around the world are working on. The stability of a single spin and the entanglement of different spins depend, among other things, on the geometry of the electrons, previously impossible to determine experimentally.

Researchers from teams led by Professors Dominik Zumbühl and Daniel Loss from the Department of Physics and the Swiss Nanoscience Institute at the University of Basel have developed a method for spatially determining the electron geometry within quantum dots.

A quantum dot is a potential trap that confines free electrons in an area about 1000 times larger than a natural atom. Since trapped electrons behave in the same way as electrons bound to an atom, quantum dots are also called “artificial atoms”. The electron is held in the quantum dot by electric fields. However, it moves in space and, with different probabilities corresponding to a wave function, evolves in specific areas in its confinement space. 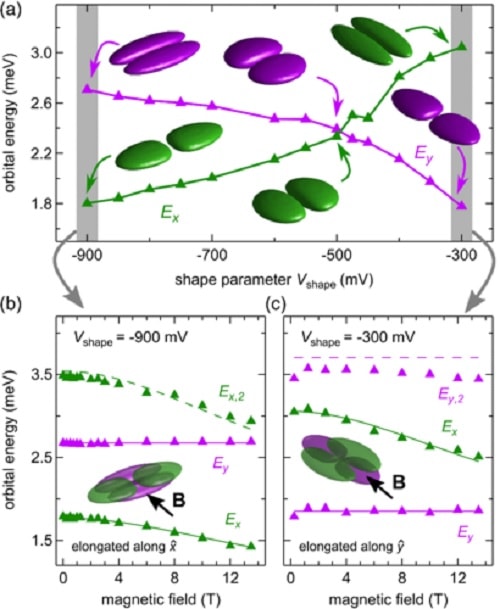 Graphs showing the spatial geometry of the wave functions of the electron as a function of energy levels. The determination of this geometry allows researchers to characterize the shape of the electron. Credits: Leon C. Camenzind et al. 2019

Scientists use spectroscopic measurements to determine energy levels in the quantum dot and study the behavior of these levels in magnetic fields of varying strength and orientation. On the basis of their theoretical model, it is possible to determine the probability density of the electron and therefore its wave function with nanoscale precision. “In simple terms, we can use this method to show what an electron looks like for the first time,” says Loss.

A better understanding of the spatial properties of the electron

Researchers, who work closely with colleagues in Japan, Slovakia and the United States, have a better understanding of the correlation between electron geometry and the electron spin, which should be stable for the longest time. possible and quickly switchable for use as qubit.

An electron is trapped in a quantum dot formed in a two-dimensional gas between two semiconductor layers. However, the electron moves in space and, with different probabilities corresponding to a wave function, remains in some places in its confinement (red ellipses). By using electric fields, the geometry of this wave function can be modified. Credits: University of Basel

“We can not only map the shape and orientation of the electron, but also control the wave function according to the configuration of the applied electric fields. This gives us the opportunity to optimize spin control in a very targeted way, “says Zumbühl.

The spatial orientation of electrons also plays a role in the entanglement of several spins. Similar to the binding of two atoms to a molecule, the two electron wave functions must be placed on a single plane in order for the entanglement to be successful. Using the method developed, many previous studies can be better understood and the performance of spin qubits can be further optimized in the future.