Universe expansion may not be uniform (Update) 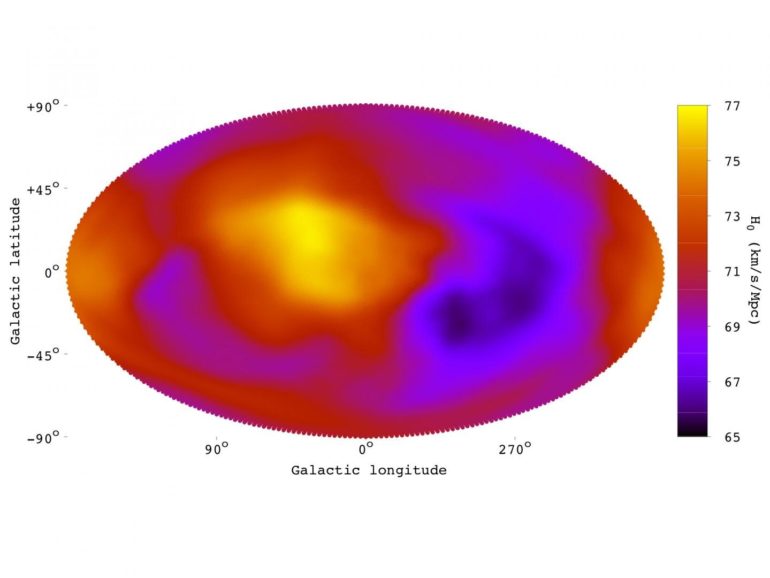 Astronomers have assumed for decades that the Universe is expanding at the same rate in all directions. A new study based on data from ESA’s XMM-Newton, NASA’s Chandra and the German-led ROSAT X-ray observatories suggests this key premise of cosmology might be wrong.

Konstantinos Migkas, a Ph.D. researcher in astronomy and astrophysics at the University of Bonn, Germany, and his supervisor Thomas Reiprich originally set out to verify a new method that would enable astronomers to test the so-called isotropy hypothesis. According to this assumption, the Universe has, despite some local differences, the same properties in each direction on the large scale.

Widely accepted as a consequence of well-established fundamental physics, the hypothesis has been supported by observations of the cosmic microwave background (CMB). A direct remnant of the Big Bang, the CMB reflects the state of the Universe as it was in its infancy, at only 380 000 years of age. The CMB’s uniform distribution in the sky suggests that in those early days the Universe must have been expanding rapidly and at the same rate in all directions.

In today’s Universe, however, this may no longer be true.

“Together with colleagues from the University of Bonn and Harvard University, we looked at the behaviour of over 800 galaxy clusters in the present Universe,” says Konstantinos. “If the isotropy hypothesis was correct, the properties of the clusters would be uniform across the sky. But we actually saw significant differences.”