What PrimaryBid retail investors plan to do next 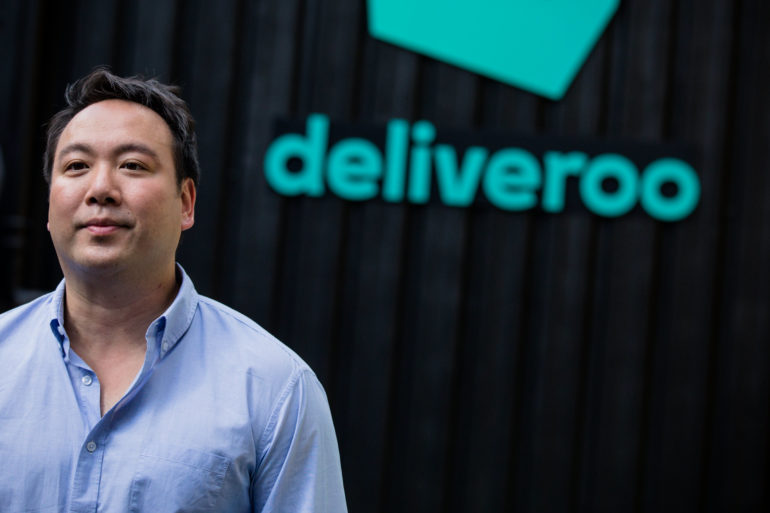 LONDON – Tens of thousands of amateur investors have been left wondering whether they were right to snap up the stock of food delivery app Deliveroo.

Shares of British start-up Deliveroo on Wednesday crashed by more than a quarter on the firm’s first day of trading on the London Stock Exchange.

Deliveroo tried to tempt U.K. customers to buy shares in its IPO by showing them ads within the main app and emailing them ahead of the listing.

On Thursday, Deliveroo’s share price sank as low as £2.75, meaning many investments were now worth hundreds of pounds less than what had been paid for them. Retail investors can’t sell their shares until full trading commences on April 7.

“I feel like a wally,” one amateur investor told CNBC, describing their investment in the mid-hundreds as an “impulse buy.”

“It seemed fun to have a connection to a service I actually use and I like the democratization aspect of opening these things up, but I’m not convinced I’ll make my money back,” they said. “I’m fortunate it’s no biggie for me but aware other customers may not be in the same boat.”

Another amateur investor, who works as an analytics manager in London, said they have “a lot” of regrets after investing the maximum £1,000.

“It’s a significant part of my savings, but I felt that would be a good way to dip my toe into investing in a large U.K.-based company, similar to how many people in my parents’ generation signed up for shares in the 80s when companies such as British Gas were being privatized.”

The analytics manager, who has been a Deliveroo customer for several years, said the ‘Community Share Offer’ was “heavily marketed” by Deliveroo. “I received several emails a month ago, it was on the front page of the app, and I think Deliveroo were really able to cultivate a sense of FOMO amongst their customers,” they said.

“At the time, Deliveroo was a company with strong prospects, and no one had any idea that the company (was) going to use dual-class shares that meant that Will Shu would still retain majority control. People who had signed up through the Community Share Offer had no visibility or communication of this when signing up, or the backlash that this would create among fund managers.”

In a bid to reassure investors, Deliveroo pointed out that it’s still early days for the company on the stock market.

“Although the trading started lower than we would have liked, we are just starting life as a public company and we are confident that our winning proposition will deliver long term value for all shareholders,” a Deliveroo spokesperson told CNBC.

“We thank each of our customers who took part in our customer offer and will work tirelessly for them each and every day,” they added.

Jordan Mary, a 31-year-old photographer, told CNBC he had invested £500 in Deliveroo after having some success on an early bet on fintech firm Revolut via crowdfunding platform Seedrs.

He admitted he feels disappointed about how Deliveroo’s IPO has gone. “It’s a huge world of speculation,” said Mary.

Another investor told CNBC she’s “not feeling too positive” about her investment. The doctor, who invested in Deliveroo to see what it’d be like to be part of a crowd-based initial public offering, said she thinks her £1,000 investment is now worth about £667. “In fairness, £1,000 is not a huge amount for me to lose,” she said. “However, it would be for a lot of customers and I’m not sure PrimaryBid is great for customers in the big scheme of things.”

A PrimaryBid spokesperson said the company was “acutely aware of the importance of signposting the risks involved with investing in an IPO.”

“The one thing we can’t do is tell customers which way shares will go,” added the spokesperson. “We’ve done over 100 deals in the last twelve months: sometimes they go up and sometimes they don’t.”

They added that they went to extra lengths to reiterate risks given Deliveroo’s customer base and the likely profile of the applicant.

Angela Jameson, a communications professional in London, said she spent £500 on Deliveroo shares on the PrimaryBid app. “The price is down by almost 28% now so that £500 is notionally worth £360,” she said. “I will hold these shares until I at least break even and I don’t mind how long it takes because I am not a trader – I always buy and hold.”

Jameson said she’s surprised by the market reaction because she thinks there’s a lot of pent-up demand from retail investors to invest early in innovative tech stocks.

“I would like to be able to invest in more companies at an earlier stage,” she said. “The ones that really attract me are in areas where companies have a unique edge in tech or science, and that is fundamentally why I didn’t put more into Deliveroo. This won’t put me off buying shares in tech. Savers are not going to do very well if they only invest in the FTSE or trackers.”

Manchester-based Anthony Morrow, a financial advisor and the founder of OpenMoney, told CNBC he bought £300 worth of Deliveroo shares for his teenage children as a way of introducing them to investing.

The IPO “was advertised in the app next to my local pizzeria and kebab shop,” he said, adding that his family frequently use Deliveroo.

“I’m in that game so I understood there was going to be some risk,” said Morrow. His eldest child, however, was very disappointed and suggested they should start using JustEat for their takeaways instead of Deliveroo.

Morrow said he imagines quite of lot of the 70,000 customers who backed Deliveroo’s IPO are likely to be disappointed.

“That’s the danger of having the PrimaryBid arrangement,” he said. “If it doesn’t go to plan you can alienate a lot of people who are good customers in a competitive market.”

Morrow believes regulators should investigate how Deliveroo marketed its IPO to its customers, adding that the prospectus had been written like an estate agent promoting a house. “There’s very little downside in there and if there is it’s hidden away,” he said. “It certainly isn’t what you would call balanced against all the upside.”

“Unless you are an institutional, professional investor, you are not digging through that prospectus to find out and understand the implications of things like the Uber ruling and the employment law ruling. You’re not going to understand or hear about the fact that some of the large fund managers are shunning the stock. And it’s just unfair.”

Oliviu Gavrilescu, a software developer and amateur investor, told CNBC: “The problem I have with the idea to open IPOs to retail to be on a level playing field with institutions is information asymmetry. Financial institutions have a pretty good idea on the demand for shares before IPO, whereas retail doesn’t.”