15 People Just Spent 40 Days in a Cave Without Phones, Clocks, or Sunlight 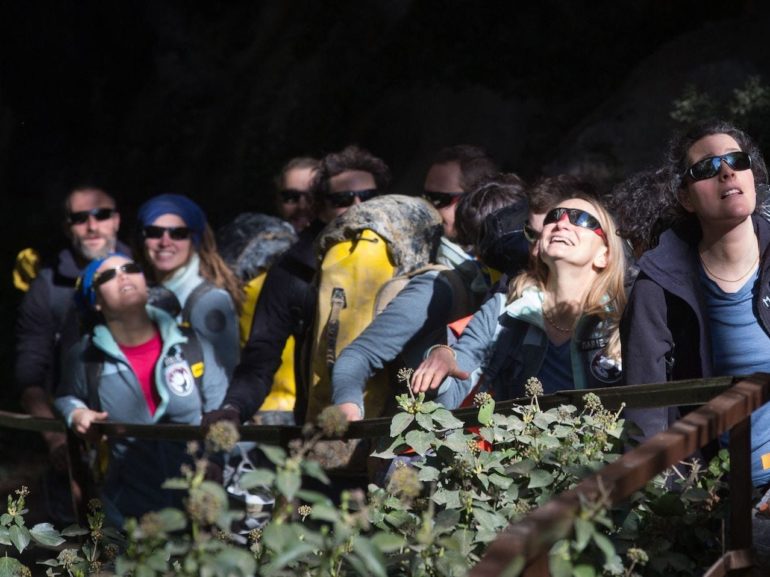 Fifteen volunteers have emerged from a cave in the southwest of France after spending 40 days without clocks, phones, or sunlight for a human isolation experiment.

The group of eight men and seven women lived in the Lombrives cave as part of a $1.4 million project called Deep Time, which set out to explore the limits of human adaptability to isolation. The project, led by the Human Adaption Institute, ended on Saturday after 40 days.

Social media footage from the day shows the smiling volunteers emerging from the cave to a round of applause while wearing special sunglasses to protect their eyes after so long in the dark.

During their time in the cave, the volunteers slept in tents and made their own electricity with a pedal bike since there was no natural light. They also drew water from a well 146 ft below the earth.

Since there was no sunlight, the team had to follow their biological clocks to know when to sleep, eat, or do daily tasks.

To no one’s surprise, they quickly lost their sense of time.

Project director Christian Clot, who was also part of the group, told reporters Saturday: “And here we are! We just left after 40 days … For us, it was a real surprise,” according to The Guardian.

One volunteer said they thought he had been underground for 23 days.

The group had no communication with the outside world and was not able to use phones or other electronic devices.

One volunteer, math teacher Johan Francois, said he ran 10 kilometer (6.2 mile) circles in the cave to stay fit. He told reporters he had “visceral urges” to leave the cave, according to the BBC.

But other volunteers felt differently, with two-thirds saying they wanted to stay in the cave for longer.

However, Lançon did admit to feeling happy to be outdoors and hear birdsong again.

Ratchet and Clank was brilliant but what’s next for PS5?

French and Swiss scientists at the Human Adaption Institute monitored the volunteers closely during their time in the cave. They would regularly check the team’s sleeping patterns, social interactions, and cognitive functions via sensors.

The volunteers’ brain activity was also collected before and after they entered the cave.

The scientists behind the project say it will help them understand how people can adapt to extreme living conditions and being in complete isolation.

“Our future as humans on this planet will evolve,” Clot said after emerging from the cave. “We must learn to better understand how our brains are capable of finding new solutions, whatever the situation.”