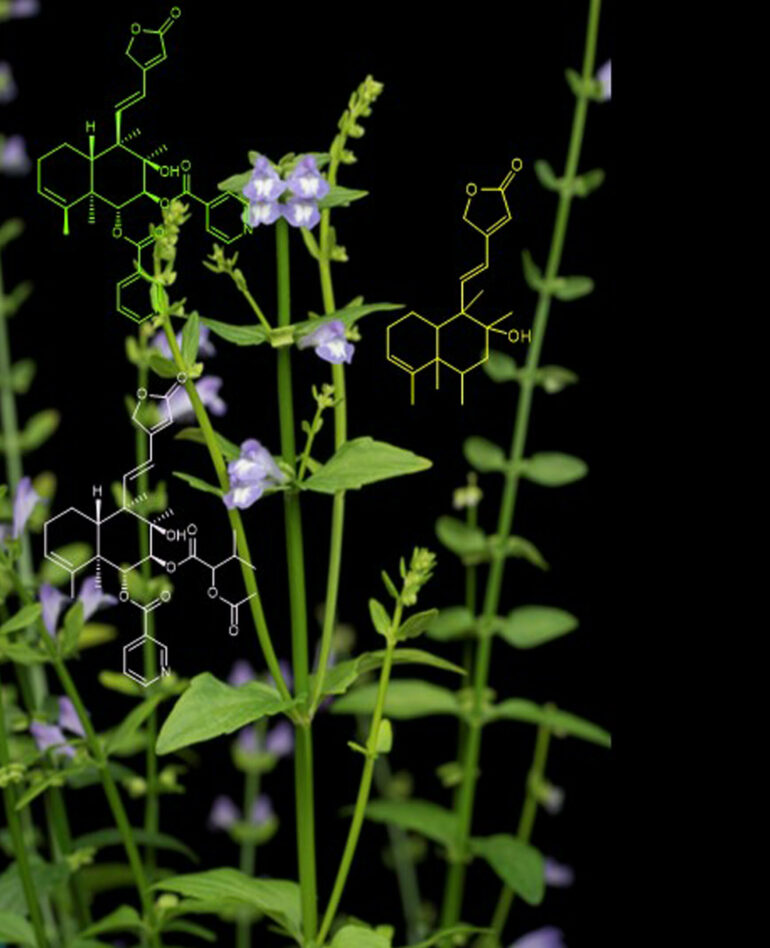 The evolutionary secrets that enable the medicinal herb known as barbed skullcap to produce cancer fighting compounds have been unlocked by a collaboration of UK and Chinese researchers.

This gave researchers the genetic information—a microevolutionary history—required to identify how the plant produces the compound scutebarbatine A, which acts against a range of cancer cells.

Professor Cathie Martin, Group Leader at the John Innes Centre, and one of the authors of the study said, “We have found that the primary metabolite has activity against cancer cells but not non cancer cells which is especially important for an anti-cancer metabolite. Now we are looking to develop synthetic methods for producing more of the lead compound.”

In Traditional Chinese Medicine (TCM), to isolate medicinal chemistry from the plant, the herb is boiled in water for two hours and extract is dried to produce a powder and taken as a decoction (concentrated liquid). Now, with the knowledge of the genes that make up the biochemical pathway behind the anti-cancer activity of the herb, researchers are close to being able to synthesize larger quantities of compounds more rapidly and sustainably by using a host such as yeast.

The research which appears in the journal Molecular Plant is led by CEPAMS, a partnership between the John Innes Centre and the Chinese Academy of Science.

“This is a fantastic collaboration about developing interesting drug leads from natural resources and shows the practical value of focusing on the microevolution of a species,” said Professor Martin.

The Skullcap genus has been used for centuries in TCM for treatment of different medical conditions. Clinical work has shown that preparations based on Scutellaria barbata during chemotherapy can reduce the risk of metastatic tumors.

CEPAMS Group Leader based at Shanghai Dr. Evangelos Tatsis said, “Natural products have long been the lead compounds for the discovery of new drugs. By following the trail of the traditional Chinese plants, we can develop new anti-cancer medicines and this research marks a crucial step in that direction.”

Plant-based traditional medicines have long been used to provide leads for the new drug discovery, and plant natural products like vinblastine and taxol are used clinically as anticancer drugs.

TCM is one of the best cataloged systems with empirical information about the therapeutic properties of herbal remedies.

Anti-cancer drugs obtained from traditional Chinese medicine can have higher efficacy than chemical synthetic drugs and with less toxic side effects. The study is published in Molecular Plant