Elephant poaching rates vary across Africa: 19 years of data from 64 sites suggest why 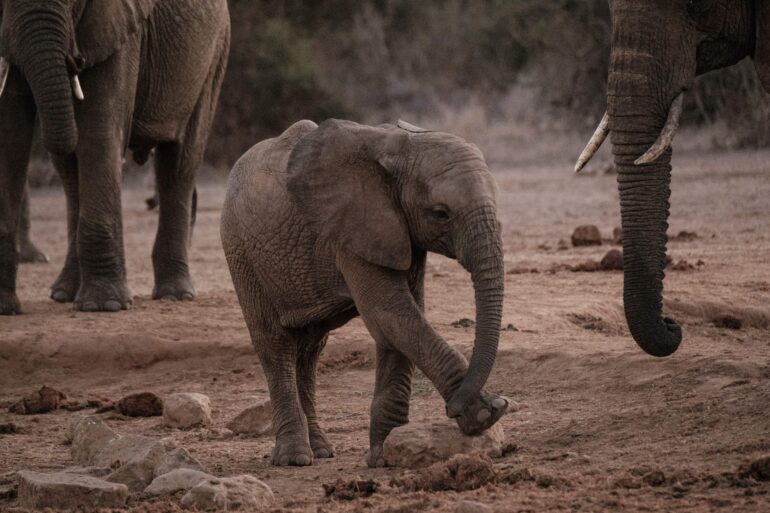 It’s a grim and all too common sight for rangers at some of Africa’s nature reserves: the bullet-riddled carcass of an elephant, its tusks removed by poachers. African elephant populations have fallen by about 30% since 2006. Poaching has driven the decline.

Some reserves, like Garamba in the Democratic Republic of Congo and Selous in Tanzania, have lost hundreds of elephants to poachers over the last decade. But others, like Etosha National Park in Namibia, have been targeted far less. What might explain this difference?

That’s what we set out to explore in our new paper, now published in Proceedings of the Royal Society B. We investigated why poaching rates vary so widely across Africa and what this might reveal about what drives, motivates and facilitates poaching. To do this, we used a statistical model to relate poaching levels from 64 African sites to various socio-economic factors. These included a country’s quality of governance and the level of human development in the area surrounding a park.

Our findings suggest that poaching rates are lower where there is strong national governance and where local levels of human development—especially wealth and health—are relatively high. Strong site-level law enforcement and reduced global ivory prices also keep poaching levels down.

Understanding these dynamics is crucial. The illegal wildlife trade is one of the highest value illicit trade sectors globally, worth several billion dollars each year. It poses a major threat to biodiversity and ecosystems, which are the bedrock of human well-being. And elephants are more than just a culturally significant icon. They are “ecosystem engineers” that can boost forest carbon stocks and diversify habitats through their feeding. Their presence in national parks and reserves also has economic benefits, bringing in valuable tourism revenues.

The deaths of both poachers and rangers in the continent’s violent biodiversity “war” also underscores our findings: when elephants lose, we all lose.

We developed a statistical model using 19 years of data on 10,286 poached elephants at 64 sites in 30 African countries. These data were collected, mostly by wildlife rangers, as part of the global program for Monitoring the Illegal Killing of Elephants (MIKE), administered by the Convention on the International Trade in Endangered Species (CITES).

We then linked the poaching data to key socio-economic data related to areas around the parks, individual countries and global markets.

Poaching of high-value species like elephants and rhinos is driven primarily by sophisticated criminal syndicates. So we used criminology theory and evidence from the scientific literature to generate hypotheses about factors that might drive, facilitate or motivate the decisions of these syndicates and the local hunters they recruited. We then identified datasets representing these factors, such as the Uppsala Armed Conflict Dataset and the Global Data Lab’s Subnational Human Development index.

Our tailored statistical model allows us to test for the effect of one hypothesized driver of poaching while accounting for the others. It also means we can look at local, national, regional and global factors together.

Parks with higher levels of human development (based on health and wealth metrics from household surveys) and stronger law enforcement suffered less poaching. Poaching was also lower in countries where there was strong national governance quality. We measured this using the World Bank’s governance indicators.

Socio-economic and political drivers were far more common than ecological ones. A park’s accessibility and size, the density of its vegetation and its elephant population did not affect its poaching levels.

The strong associations we found between poaching and factors like corruption and human development do not necessarily imply that these factors directly cause poaching. Correlation does not imply causation. Deeper research at particular sites will reveal what underlying processes are at play, and offer a better understanding of cause and effect.

But we do have some suggestions about what might lie behind the associations we found. These are rooted in previous studies.

Why, for instance, would higher levels of local human well-being in an area be associated with lower poaching?

One explanation could be that, in areas of economic deprivation and in the absence of alternatives, local residents might participate in poaching to meet their basic needs or earn extra income.

Another interpretation might be that criminal ivory syndicates seeking to recruit local hunters target areas of lower human well-being because they can operate more effectively there.

A number of biodiversity conservation actors, like government wildlife departments or environmental NGOs, have already recognized the value in focusing on improving human well-being around parks and reserves. A stellar example is Namibia’s conservancy model. It achieves effective conservation through local communities governing and benefiting from wildlife.

Our study highlights that site-based conservation action alone cannot control illegal killing. A lot of what drives and facilitates elephant poaching is beyond conservationists’ remit or control.

Conservationists can’t be expected to solve local human development issues or hold governments accountable on their own. Wider societal action to address poverty is required. This could include empowering women, increasing access to basic education, and promoting resilience to climate change. Such action is valuable in its own right, but will likely deliver benefits for elephants too.

Finally, the positive relationship that we found between poaching and ivory prices suggests that tackling demand for illegal wildlife in end-markets is a key part of the puzzle.

We suggest that tackling elephant poaching, and indeed the broader illegal wildlife trade, requires dealing with the wider systemic challenges of human development, corruption and consumer demand. It is not enough to just focus on actions traditionally defined as “wildlife conservation”.