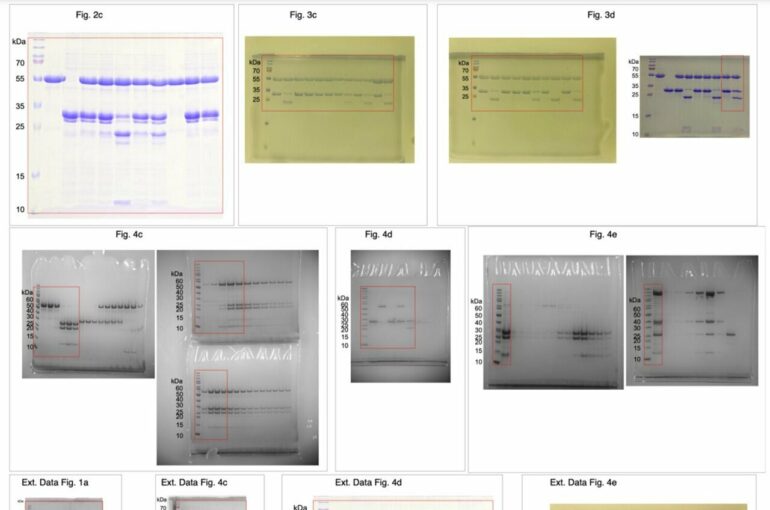 For several years now, the CRISPR/Cas9 gene scissors have been causing a sensation in science and medicine. This new tool of molecular biology has its origins in an ancient bacterial immune system. It protects bacteria from attack by so-called phages (viruses that infect bacteria).

Researchers from the Institute of Structural Biology at the University Hospital Bonn (UKB) and the Medical Faculty of the University of Bonn, in cooperation with the partner University of St Andrews in Scotland and the European Molecular Biology Laboratory in Hamburg, have now discovered a new function of the gene scissors. The study was published in Nature.

Bacteria and phages have been engaged in a life-and-death struggle on Earth since time immemorial. When an attacking phage injects its genetic material into a bacterium, it is forced to produce new phages, which in turn infect more bacteria. Some bacteria have evolved the CRISPR system in response. With this bacterial immune system, the phage genetic material is recognized and destroyed.

At the same time, the resulting fragments are integrated into the genome of the bacterium. This creates a kind of library that the CRISPR immune system can access again and again and is thus armed for future attacks. In addition, it was discovered that so-called type III variants of the gene scissors produce small signal molecules. With the help of these small molecules, the bacteria switch on a complex emergency plan. This ensures that a virus can be combated optimally and on a broad front.

Researchers at the Institute of Structural Biology at the University Hospital Bonn (UKB) and the Medical Faculty of the University of Bonn have now investigated how this works in cooperation with scientists from the partner University of St Andrews in Scotland and the European Molecular Biology Laboratory in Hamburg. The research team discovered that the small signal molecules bind, among other things, to a protein called CalpL, which thereby becomes an active “protease.”

These are enzymes that cleave proteins and thus function as protein scissors. “Proteases are also used in the human immune system to pass on information at high speed,” says Niels Schneberger, a doctoral student at UKB’s Institute of Structural Biology and one of the study’s two first authors.

Finally, the researchers also found the target of their newly discovered protein scissors. It cuts a small protein molecule called CalpT, which acts like a safety latch for CalpS, a third protein molecule: “CalpS is a very well-guarded protein that is released by the whole mechanism. It’s going to bring the transcription machinery to specific genes, switching the metabolism of the bacterium to defense. We are very curious [to know] what those genes are,” explains Christophe Rouillon, who is a visiting scientist at the Institute of Structural Biology and is a first author on the study.

With the discovery of this complicated signaling cascade, the researchers have now uncovered a whole new aspect of CRISPR systems.

The great thing about CRISPR systems is also that they can be very easily reprogrammed for biotechnological and medical purposes. With the help of CRISPR, DNA can be specifically altered—that is, genes or entire blocks of genes can be inserted or excised. Some diseases, such as spinal muscular atrophy (SMA), which results in nerve paralysis, can already be treated today with the help of the gene scissors.

“With this CRISPR-activated protein scissors, there is now a brand-new tool in the toolbox of molecular biology,” says Dr. Gregor Hagelueken, group leader at the Institute of Structural Biology at the UKB and member of the Transdisciplinary Research Area “Life and Health” at the University of Bonn. “And perhaps this will allow CRISPR to be used in even more versatile ways in the future,” he adds.

What caused the holes in SUE the T. rex’s jaw? Probably not an infection

Provided by
University Hospital of Bonn