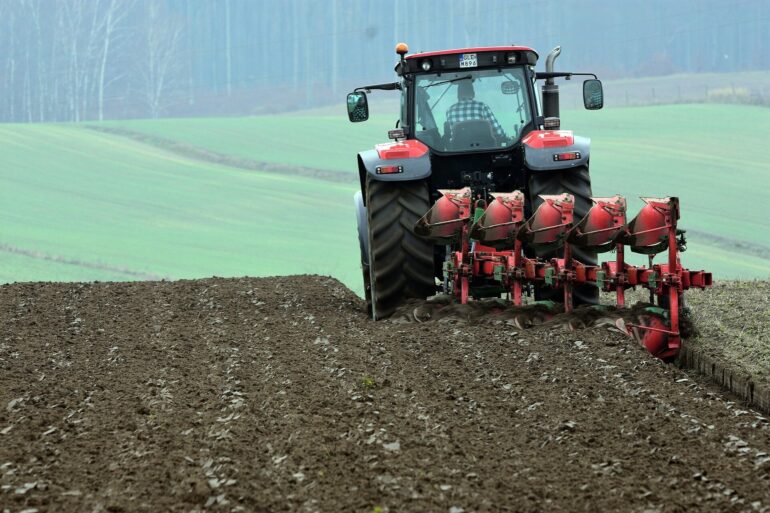 A new study has analyzed the potential of a bacterium for biological control of the fungus Hemileia vastatrix, which causes coffee rust, a major challenge for Brazilian coffee growers. An article on the study is published in the journal BMC Microbiology.

The symptoms of coffee rust are yellow spots like burn marks on the leaves of the plant. The disease impairs photosynthesis, making foliage wither and preventing bean-producing cherries from growing until the tree resembles a skeleton. It is typically controlled by the use of copper-based pesticides, which can have adverse effects on the environment.

“This was a basic science study, in which we set out to understand the behavior of bacteria that inhabit the leaves of coffee trees. First of all, there are several compounds that are harmful to bacteria and can be used to attack them,” said Jorge Maurício Costa Mondego, last author of the article.

“Second, leaves are environments that undergo significant environmental pressures, such as sunlight and rain. We wanted to understand how bacteria that live on coffee leaves can withstand both the compounds produced by the coffee plant and the stresses of rain and sun,” he said.

Besides this basic science front, the study also addressed applied science challenges. The researchers decided to find out whether bacteria that inhabit coffee leaves can combat the fungus that causes coffee rust. The first step consisted of identifying the expressed sequence tags (ESTs) of Coffea arabica and C. canephora produced by the Brazilian Coffee Genome Project (Projeto Genoma EST-Café).

“I was the first author, alongside Ramon Vidal, a professor at UNICAMP, of an article in which we compiled the sequences expressed by C. arabica. It was published in 2011. We weren’t yet thinking in terms of metagenomics, but that’s what we did, more or less accidentally,” Mondego said.

The researchers found sequences they considered contaminating in the midst of the coffee leaf ESTs. “We took these sequences, fed them into the database, and concluded that they appeared to be from Pseudomonas spp, a genus of bacteria.,” Mondego said. “This stimulated the curiosity of our research group, which was led by Gonçalo Pereira, also a professor at UNICAMP. We asked ourselves, ‘What if we’ve done metagenomics without meaning to? Do these bacteria really live on coffee leaves?'”

At the time, Mondego was already a researcher at IAC. A few years later, he was able to join forces with Leandro Pio de Sousa, first author of the article published in BMC Microbiology. Sousa was a student who had a scientific initiation scholarship and now holds a Ph.D. in genetics and molecular biology from UNICAMP.

“I invited Leandro to work with me on this study, which was designed to see if Pseudomonas really does live on coffee leaves. If so, the previous findings would be confirmed. He agreed immediately,” Mondego said.

They isolated bacteria from the coffee leaves and put them in a culture medium. Under ultraviolet light, it is possible to characterize Pseudomonas, which looks purple and can easily be selected in the medium. “We collected the bacteria, extracted their DNA and sequenced one, which we called MN1F,” he said.

They made several interesting discoveries about MN1F, which has a secretion system that reflects its need to survive in a hostile environment full of fungi and other bacteria. “The secretion system produces antibacterial and antifungal compounds. That suggested it could be used for biological control,” Mondego said. They also detected a number of proteins associated with protection against water stress.

Social mammals evolve faster than solitary ones, according to new study of evolution

The next step entailed physiological experiments, whereby bacteria were cultured in different media to confirm the researchers’ observations regarding the genome. “The biological experiments proved several inferences correct. We showed that the bacterium does indeed have a considerable capacity to withstand strong osmotic pressure, which can be considered analogous to the effects of drought on coffee leaves,” Mondego explained. “Furthermore, MN1F is capable of degrading phenolic compounds that can be harmful to it. It breaks down these compounds from the plant and converts them into material for its own survival.”

The researchers then conducted a battery of tests to find out if MN1F could be used for biological control, preventing or inhibiting the development of H. vastatrix, the fungus that causes coffee rust. The tests took place under greenhouse and laboratory conditions, including an attempt to inhibit in vitro germination of the fungus. In all of the experiments, the bacterium proved capable of inhibiting the development of spores (reproductive units) and mycelium (the filamentous network containing the fungus’s genetic material).