Zinc vital to evolution of complex life in polar oceans 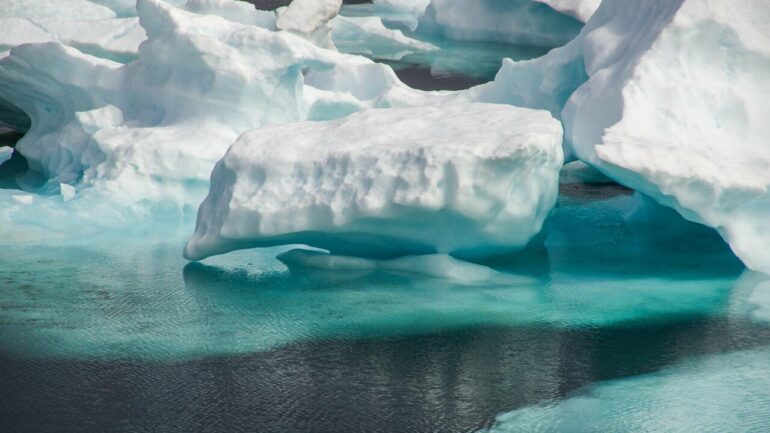 New research provides the first evidence for why we have complex life forms in polar oceans and highlights the threat posed to them by global warming.

It reveals the vital role of the trace metal zinc, without which these oceans would be deprived of life more biologically complex than bacteria. Diverse algae would have not colonized polar oceans, and without algae, marine biodiversity would be much depleted because algae are the base of the marine food web.

The study involved an international team of 46 researchers from five countries, including scientists from the University of East Anglia (U.K.), the Yellow Sea Fisheries Research Institute (China), the U.S. Department of Energy Joint Genome Institute (JGI), and Alfred-Wegener Institute for Polar and Marine Research (Germany).

Published in Nature Ecology & Evolution, the findings show that polar oceans belong to the most productive marine ecosystems on the planet because of zinc, which appears to have enabled photosynthesis under the extreme polar conditions of low temperatures and strong seasonality of light.

Lead U.K. researcher Prof. Thomas Mock, of UEA’s School of Environmental Sciences, said: “This is the first paper linking the role of an essential trace metal for life with the adaptive evolution of many different, and therefore distantly related, organism groups to a significant ecosystem on Earth.

“This evolution appears to have enabled these primary producers to cope with the challenging conditions of polar surface oceans. Without zinc we would have no algae, and in turn no fish or other marine animals. Thus, zinc appears to have driven the evolution of complex life in polar oceans.

“However, if zinc concentrations get reduced in polar surface waters, for example by stratification due to global warming, polar life will potentially disappear faster than in other oceans, as life in non-polar oceans is not dependent on elevated concentrations of zinc.”

In humans, zinc supports a number of functions including the immune system and metabolism. In the oceans, it supports several fundamental biological processes such as DNA replication and regulation, photosynthesis and carbon fixation.

The reasons behind the enhanced requirement of zinc by natural polar algal communities, especially in the Southern Ocean around Antarctica, remain unclear, but this new data implies that polar microalgae have an intrinsically higher zinc demand.

Lead author Prof Naihao Ye, of the Yellow Sea Fisheries Research Institute, said: “This study shows that elevated zinc concentrations in surface polar oceans have facilitated the adaptive evolution of algae to conditions of these permanently low-temperature environments. Zinc therefore has enabled the formation of some of the most productive food webs on Earth.

“More broadly, the particularly high zinc demands of polar phytoplankton and the role played in zinc biogeochemical cycling, indicates that changes in their abundance and biodiversity due to a changing climate will directly modulate zinc cycling throughout the global ocean.”

Previous research has found that oceanic surface waters show significant variability in their dissolved zinc concentrations, ranging from above average concentrations in the Southern Ocean, to vanishingly low levels in the tropical oceans.

It is also thought that the particularly high zinc demands of polar algae regulate a large part of the global zinc distribution.

The authors of this study—which used approaches ranging from field work to applying genome-enabled methods to model algal species—warn that climate change could potentially reduce zinc concentrations in non-polar oceans and therefore cause zinc limitations.

Photosynthesis in polar ecosystems requires regulation to cope with the extreme seasonality of 24 hours light in summer and long periods of darkness in winter.

For the dark end of the light spectrum, cold-adapted algae have evolved mechanisms to significantly reduce their light compensation point—the light intensity at which oxygen production equals consumption—in order to photosynthesize under extremely low light levels.

“The role of zinc in the adaptive evolution of polar phytoplankton,” Naihao Ye et al, was published in Nature Ecology & Evolution on June 2.