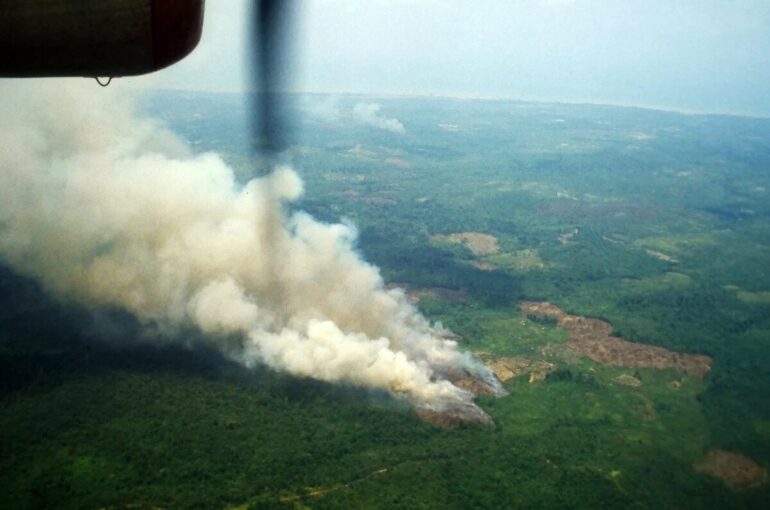 Clouds have significant impact on the energy balance of the Earth system. Low clouds such as Stratocumulus, Cumulus and Stratus cover about 30 percent of the Earth surface and have a net cooling effect on our climate. What counteracts global warming, can have economic consequences: a persistently dense and low cloud cover over land can reduce agricultural production and the solar-power generation. Understanding the factors governing low cloud cover is not only important for regional weather forecasting and global climate prediction but also for their socioeconomic effects.

Aerosol effects on cloud formation are key to understand climate forcing in the Anthropocene. Wildfires inject large amounts of biomass burning aerosol particles into the atmosphere, which by interacting with clouds, strongly enhance the formation of marine stratocumulus cloud. But their role in regions with strong human activities and complex monsoon circulation remains unclear.

An international team led by Yafang Cheng from the Max Planck Institute for Chemistry (MPIC) and Aijun Ding from Nanjing University have now investigated the role of wildfires in the formation of low clouds in southern Asia, a region that covers a land area of about 500,000 km2 with approximately 270 million inhabitants. The researchers used a comprehensive approach combining model simulations with multiple information from weather observations, biomass burning emissions and satellites data.

“The degree of cloud enhancements over continent in this region are comparable to those in the Southeast Atlantic induced by biomass burning in Southern Africa, a well-known wildfire hotspot, even though the total biomass burning emissions in Southeast Asia are much lower.” According to Ding, who was an exchange Ph.D. student in Cheng’s Group, supported by the Chinese Scholarship Council, and is now an assistant professor in Nanjing University, the biomass burning emission in this region is about one-fifth of Southern Africa.

“Our analysis shows that the main reason for the amplified aerosol effect and enhanced cloud formation is the synergetic effect of large-scale monsoon circulation and aerosol-cloud-boundary layer interactions in southeastern Asia,” explains Yafang Cheng, the head of a Minerva Research Group at the MPIC and corresponding author of this study. Aerosols can influence cloud formation directly by serving as cloud condensation nuclei (aerosol–cloud interaction) or indirectly by absorbing and scattering solar radiation (aerosol–radiation interaction). “Though many studies have focused on the aerosol–cloud interaction effect, we find that the aerosol–radiation interaction effect, especially that of the absorbing soot particles, play a dominant role on the low-cloud enhancement in southeastern Asia. This further supports our recent hypothesis that aerosol–cloud interactions tend to saturate at high aerosol loading, whereas the strength of aerosol–radiation interactions continues to increase and plays a more important role in highly polluted episodes and regions,” the atmospheric scientist adds.

The results further demonstrate that aerosol–radiation interaction caused by biomass-burning smoke from wildfire dominates the springtime low-cloud enhancement in southeastern Asia, and hence influences the regional climate and weather. Given the direct impacts the clouds over land have on human activities, such as agricultural production, solar-energy generation, and regional climate, the mechanism reported in this study is important for regional sustainability. It thus needs to be included in future forecast and assessment models.

Moreover, climate change is expected to increase the frequency and spread of wildfires. “Thus, recording a present-day baseline with extensive and long-term measurements such as our ongoing project CARIBIC-SP2 should help to constrain model estimations of the climate impact of wildfire and foster our fundamental understanding of future climate change.” summarized Yafang Cheng.