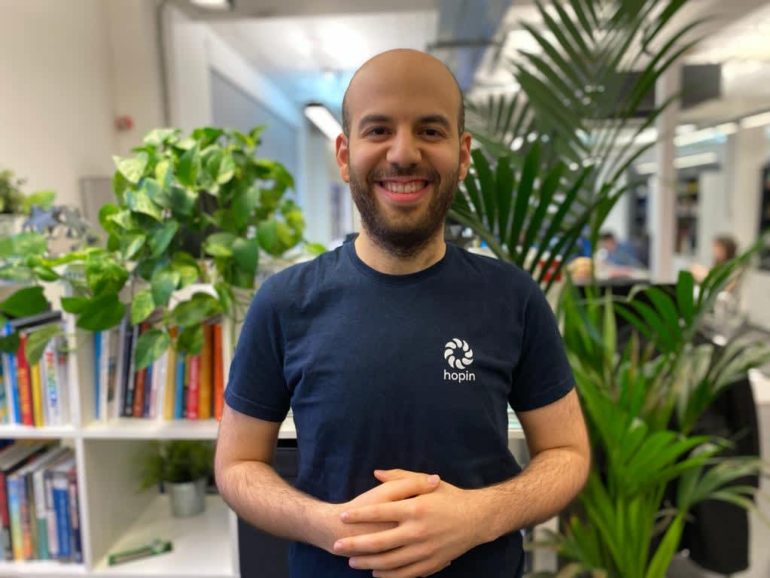 Microsoft CEO Satya Nadella laid out his plans in March for a future of hybrid work. Now, his company’s LinkedIn division is wagering that people will continue to convene online even after offices reopen.

Virtual conference technology company Hopin, which was valued at $5.65 billion in a $400 million financing round in March, has just added LinkedIn to its roster of investors. The company told CNBC that LinkedIn invested at that same valuation, buying shares from existing stakeholders. The investment was under $50 million, according to two people familiar with the terms of the deal, who spoke on condition of anonymity to discuss confidential information.

“Virtual events are here to stay,” Scott Roberts, LinkedIn’s vice president of business development, said in a statement. “We recognize our customers use many platforms, so we want to make it easy for them to extend the reach of their live events onto LinkedIn.”

Hopin CEO Johnny Boufarhat said the companies will be collaborating in ways that will bring “immersive experiences” to users of both services. With 756 million members, LinkedIn has near ubiquity among workers in industries like tech, finance, consulting and consumer products, creating an easy place for Hopin to potentially connect wide swaths of people. Boufarhat said more details will be coming soon.

For LinkedIn, which Microsoft acquired for $27 billion in 2016, the investment is aligned with a view across much of the tech industry that the return to work will look very different from the pre-pandemic world. Remote hiring is skyrocketing, offices are consolidating and the five-day office commute is quickly becoming a thing of the past.

Salesforce CEO Marc Benioff told CNBC on Monday he expects 50% to 60% of employees to continue working from home. Nadella told Microsoft employees in October that the company will allow for more flexible work schedules. In a LinkedIn post in March, titled “The hybrid work paradox,” Nadella said employees want options to work remotely while also having more in-person collaboration.

“Hybrid work represents the biggest shift to how we work in our generation,” Nadella wrote. “And it will require a new operating model, spanning people, places, and processes.”

Hopin thrived in the pandemic

Hopin was in in the right place at the right time when the pandemic hit. The company was created just two years ago in London, and found itself rapidly onboarding users last year as live conferences were canceled and organizers sought a quick fix for going virtual.

The company also rushed to fill its coffers, raising $40 million last June and $125 million in November, before the $400 million it reeled in earlier this year. Its employee base has grown from six at the beginning of 2020 to 550 today. More than 95,000 organizations now use the software, and millions of people attend virtual events every month, the company said.

‘Capture’ your IoT devices and improve their security

LinkedIn has been actively investing in software, backing at least three other start-ups this year, according to PitchBook. Most recently, LinkedIn was part of an $88 million financing in analytics start-up Piano in May.

The company’s most notable investment came in 2014, two years before it was acquired by Microsoft. That’s when the developers of the Apache Kafka open-source software spun out of LinkedIn, creating a company called Confluent. LinkedIn invested about $500,000 as part of a $6.9 million investment, which valued Confluent at $24 million.

Confluent is now set to go public with more than $300 million in annualized revenue, according to its prospectus filed last week, and a valuation that hit $4.5 billion last year.