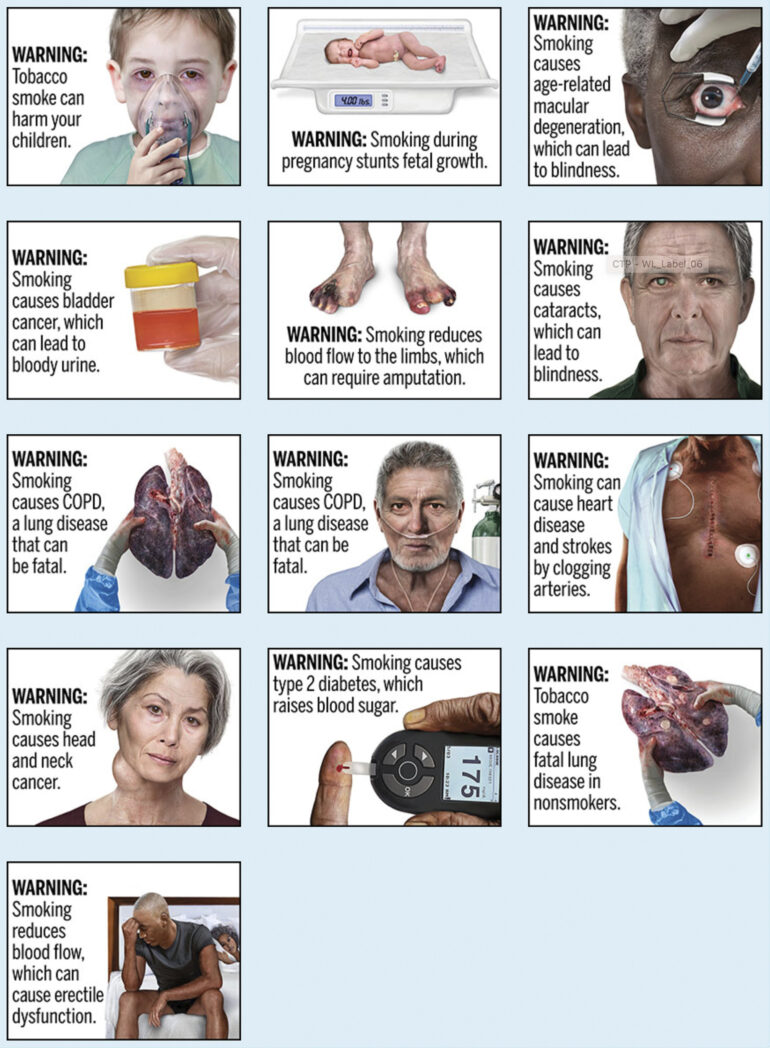 Smokers in the United States who received cigarette packs with graphic warning labels hid their packs 38% more often. However, smokers stopped hiding their cigarettes when they returned to regular packs without the graphic labels, reports a multi-institutional group of public health experts led by University of California San Diego.

“In a randomized clinical trial, we demonstrated that smokers in the U.S. who received cigarettes in packs with graphic warning labels were less willing to display the packs in public. It has been hypothesized that this behavior could reduce perceptions by teens that it is socially acceptable to smoke, perhaps explaining why mandated graphic warning label packs are associated with reductions in teen smoking,” said first author John P. Pierce, Distinguished Professor at the Hebert Wertheim School of Public Health and Human Longevity Science at University of California San Diego.

Study participants included 357 smokers living in San Diego who agreed to purchase their preferred brand of cigarettes from a study website. Participants were randomized to receive their cigarettes in one of three pack designs: a package with a graphic warning label, with a blank pack, or in a standard commercially available U.S. pack. Approximately 19,000 packs were delivered to participants.

“Prior to the study, we found that many smokers in the U.S. were discrete and reported hiding their usual pack in public settings. The packs with graphic warning labels had their main effect on those who were least likely to hide their packs prior to the study,” said senior author David R. Strong, professor at the Herbert Wertheim School of Public Health. “We found no evidence that graphic warning-labeled packs changed smoking behavior over the year-long study.”

Individuals continued to smoke as often as they did before and after the study.

During the study, participants were asked, via interactive text messaging, if over the previous four hours they placed their packs where others would not see them. Changes in consumption and smoking status were assessed at the end of the three-month intervention and at the end of the 12-month study.

Participants who received cigarettes in a standard U.S. pack, or in a blank pack that had no marketing, did not change pack hiding behavior. Smokers randomized to the graphic warning label arm reported that they increased pack hiding over the first four weeks of the intervention and continued at the new level until the end of the intervention. After they stopped receiving the packs labeled with graphic warnings, they quickly reverted to baseline pack hiding levels.