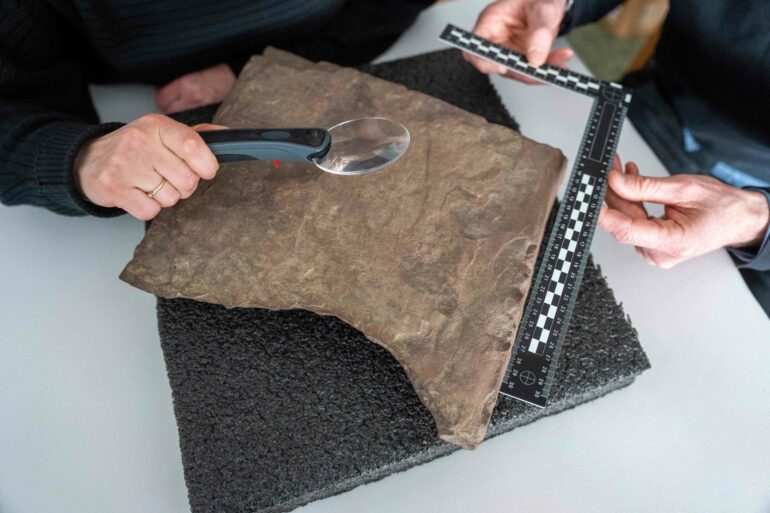 Norwegian archaeologists believe they have found the world’s oldest runestone inscribed almost 2,000 years ago, making it several centuries older than previous discoveries, they announced on Tuesday.

The square brown sandstone rock, measuring about 30 by 30 centimeters (12 by 12 inches), was found during the excavation of an ancient burial ground in late 2021, at Tyrifjorden northwest of Oslo, ahead of construction on a railway line.

Carbon dating of bones and wood found in a grave beside the rune suggest that it was inscribed sometime between year one and 250 AD, Oslo’s Museum of Cultural History said.

Normally erected at gravesites, especially during the Viking era, runes are stones inscribed with runic letters, the oldest alphabet known in Scandinavia.

The discovery, which could date from the time of Jesus Christ, is “a dream for runologists”, who study ancient runic alphabets, inscriptions and their history, the museum in Oslo said.

“We thought that the first ones in Norway and Sweden appeared in the years 300 or 400, but it turns out that some runestones could be even older than we previously believed”, runologist Kristel Zilmer told Norwegian news agency NTB.

“It’s a unique discovery”, she said.

The origin of runestones remains largely a mystery.

Re-transcribed into the Latin alphabet, the inscription on the Tyrifjorden rune forms the unknown word “idiberug”, perhaps a reference to the person lying in the grave.

The runestone will go on display at the Museum of Cultural History in Oslo from January 21 to February 26.